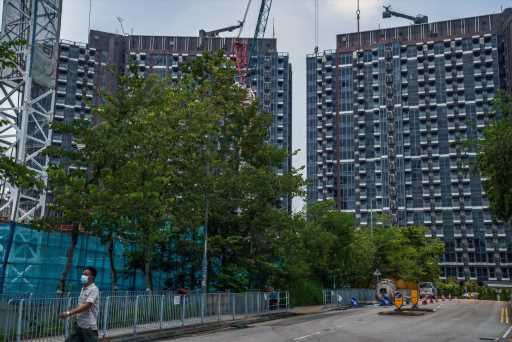 China Evergrande has committed "two cardinal sins" which have led to the debt crisis it's now facing — and investors are "definitely sweating," according to one portfolio manager.

The first "sin" is that the cash-strapped property giant has borrowed too much money, says Matthews Asia's head of fixed income, Teresa Kong. Evergrande, the world's most indebted property developer, has over $300 billion in liabilities.

The second is that the firm has "questionable corporate governance."

"So when you have the two together, it's like having a really dry forest and the tinder to really ignite," said Kong, who is also a portfolio manager.

Problems at Evergrande have escalated in recent weeks.

The company warned investors twice in as many weeks that it could default. On Tuesday, Evergrande said it's at risk of a cross default, which means such risks could spill into other related sectors.

Evergrande said Tuesday its property sales would continue to deteriorate significantly this month, adding to its severe cash flow problems.

The firm has been struggling to raise cash by trying to sell off various assets, but those have not yielded any sales yet, it said Tuesday.

Analysts have been monitoring the possibility of wider contagion in the real estate sector, and larger financial systemic risks in China.

"Last but not least, certainly is to ensure there's no more social unrest because Evergrande does have a very deep reach."

Evergrande owns more than 1,300 real estate projects in over 280 cities in China, according to the company's website. In recent days, protests by angry home buyers and investors have broken out in various cities in China, Reuters reported.

"So they're all over in terms of their ability to deliver property, and if that gets truncated, we could actually see some more issues," Kong added.

The government is clear on its goal of maintaining social stability, and that means putting home buyers first, according to the portfolio manager.

"The first thing you want to do is to provide … enough confidence … provide liquidity, so that they can deliver those homes, to those people who put in the down payments," Kong said.

Mom-and-pop investors will probably be the second priority, she said, referring to less experienced retail investors.

"Whereas offshore investors, look, they're institutional investors who actually should understand these risks. So I think that a lot of these investors should be looking at some type of amend and extend, meaning that they may have to take a haircut on their principal or, see their coupon being paid at a much later date," Kong said. A coupon is annual interest paid out for a bond.

Evergrande has six bonds maturing next year, and 10 in 2023, of a total of 24 bonds it has issued, according to Refinitiv Eikon data. Its bonds are also included in various Asian high-yield indexes.

Evergrande stocks have plummeted nearly 80% this year, and its bonds have also tumbled.