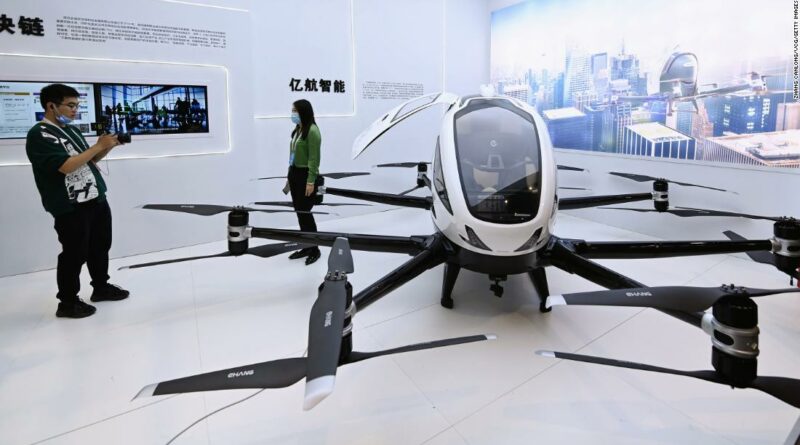 Shares of the Nasdaq-listed firm plummeted nearly 63% in New York on Tuesday after Wolfpack Research released a scathing, detailed report questioning EHang’s business.
EHang (EH) has slammed the report as “deceptive.” In a statement Tuesday, the company said that it believes the account “contains numerous errors, unsubstantiated statements, and misinterpretation of information.”

EHang added that it “will consider any necessary and appropriate course of action to protect the interest of the company and all of its shareholders.” 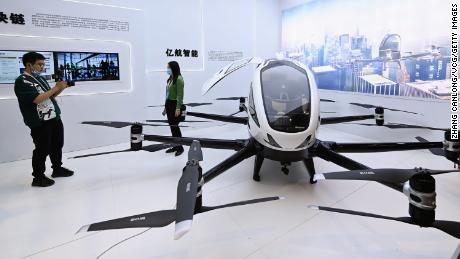 EHang is an autonomous passenger drone company founded in 2014. The company made headlines over the years for its promise of self-flying taxis, and went public in New York in 2019.

In a 33-page paper, Wolfpack Research called the company “an elaborate stock promotion [scheme], built on largely fabricated revenues based on sham sales contracts.”
Wolfpack accused the Guangzhou-based startup of making up “its story with a collection of lies about its products, manufacturing, revenues, partnerships, and potential regulatory approval of its purported main business.”
EHang is just the latest Chinese company trading on US stock exchanges to face increased scrutiny after Luckin Coffee, another upstart from China, admitted to fabricating some of its sales numbers. This month, Luckin filed for bankruptcy in the United States, less than a year after it was delisted from the Nasdaq. 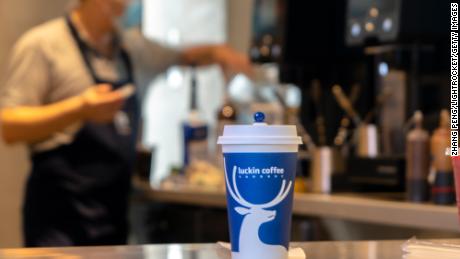 And last year, iQIYI (IQ), the online streaming provider often referred to as the “Netflix of China,” was also targeted by Wolfpack Research. The firm alleged massive fraud at the Chinese company, and the SEC opened an investigation into its practices. iQIYI has pushed back on the allegations, but said that it was cooperating with US regulators.
Last October, iQiyi announced that it had conducted an internal review, which “did not uncover any evidence that would substantiate the allegations.” The company did not immediately respond to a request for comment on the current status of the probe on Wednesday, while the SEC declined to comment.
An EHang spokesperson told CNN Business the company “strongly believes that Wolfpack lacks a basic understanding of [its] business and operations,” and that “it would refute the Wolfpack allegation in full” shortly. The spokesperson also referred back to the firm’s statement that it was “committed to maintaining the highest standards of corporate governance, as well as transparent and timely disclosure in compliance with the applicable rules and regulations of the United States Securities and Exchange Commission and the Nasdaq stock market.”

The SEC declined to comment on the EHang report.
EHang’s shares closed at $46.30 on Tuesday. Last Friday, they hit an all-time high of $129.80.
Source: Read Full Article