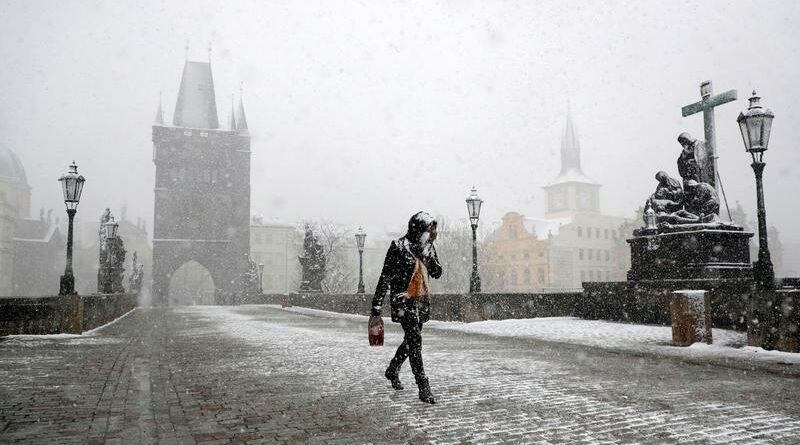 PRAGUE (Reuters) – The Czech government has approved its first loosening of coronavirus curbs this year, including the re-opening of lower grades of elementary schools and selected shops, ministers said on Tuesday.

The slight relaxation will coincide the end of 9 p.m. curfew and limits on movement between districts when a state of emergency expires on April 11 after more than six months.

The Czech Republic has been one of the countries hit hardest by COVID-19, suffering three surges in infection rates since last September amid criticism the government repeatedly acted too late to curb the epidemic.

Czech schools have faced the longest combined periods of full or partial closure in the European Union over the past year, according to UNESCO data.

The reopening is cautious, with higher grades of elementary school, as well as high schools, universities and kindergartens, with the exception of the pre-school year, remaining on distance learning.

Authorities will rotate classes weekly between school and home to limit the risk of a repeat of the last surge that forced the complete closure of schools from March 1.

“This is not a relaxation, but fulfilling a promise that children will return to schools as soon as possible…although the situation is not completely rosy yet,” Health Minister Jan Blatny said.

The country of 10.7 million has reported more than 27,000 deaths, the highest tally in the world on a per capita basis, according to Our World in Data.

Most shops, restaurants and services have been closed almost continuously since October.

Most retail will remain shut, but a few sectors such as farmers’ markets, stationery and children’s clothing shops, will be allowed to reopen, as well as outdoor areas at zoos and botanical gardens. (Graphic: School closures in the European Union –