Home » Dollar rebounds from near two-week lows as optimism grows 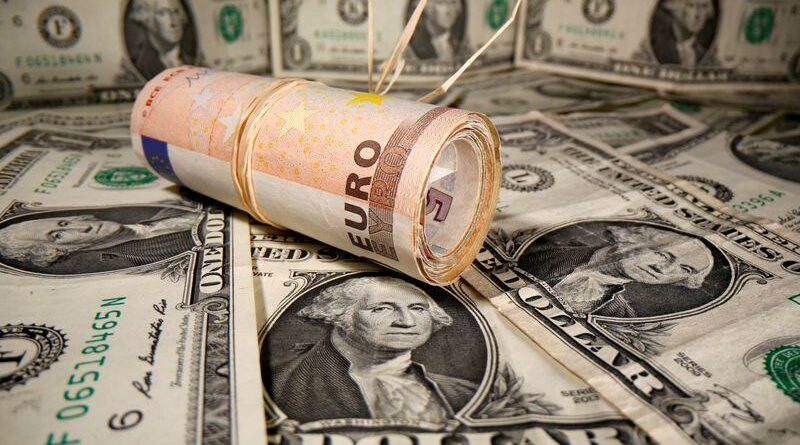 LONDON (Reuters) – The U.S. dollar rebounded from a near two-week low on Tuesday as short-term optimism about the outlook for the U.S. economy prompted investors to consolidate positions after a selloff overnight.

April has got off to a weak start for the dollar as hedge funds cut their long positions on the currency, despite an encouraging U.S. jobs report on Friday and a solid U.S. services activity reading on Monday.

The dollar index sank as low as 92.527 in Asia, its weakest since March 25 before trimming some overnight losses. The U-turn comes less than a week after it hit an almost five-month top at 93.439.

But overall sentiment turned positive for the dollar in quiet London trading as bond yields stabilised and European stocks hit a record high.

“It is difficult to be pessimistic on the dollar as the U.S. economy is already stronger than Europe’s thanks to fewer lockdowns, is miles ahead in the vaccination race, and has more stimulus coming,” said Marios Hadjikyriacos, an investment analyst at brokerage XM.

The dollar has risen this year, along with Treasury yields, as investors bet the United States would recover faster from the pandemic than other developed nations, amid massive stimulus and aggressive vaccinations. At 2.5%, March’s was the biggest monthly gain for the dollar since the end of 2016.

However, some analysts expect further dollar gains to be difficult. More evidence is needed that the U.S. reflationary advantage versus other major economies is gaining strength.

Benchmark 10-year Treasury yields extended their retreat on Tuesday, dipping below 1.7% early in early London trading from a peak of 1.776% last week – a level not seen since January of last year.

“The USD level has now outstripped the pickup in non-U.S. growth expectations,” meaning “there’s room for a USD pause” in its recent uptrend, Mark McCormick, the global head of foreign-exchange strategy at TD Securities, wrote in a client note.

The pause in the dollar’s drop also undercut the euro’s advances. It struggled to hold above $1.18, with pandemic-linked activity casting a shadow over the near-term economic outlook.

Elsewhere, the Australian dollar, considered a proxy for risk appetite, slipped to $0.76415 on Tuesday, after rallying 0.8% to start the week. The Reserve Bank of Australia left policy unchanged on Tuesday, as expected.

Major cryptocurrency Etheruem reached a peak of $2,151.63 on Tuesday, helping the cryptocurrency market capitalization to reach a record $2 trillion on Monday, according to data and market trackers CoinGecko and Blockfolio.

Ethereum, which like most smaller cryptocurrencies tends to move in tandem with bitcoin, has soared around three times this year. Bitcoin has roughly doubled.