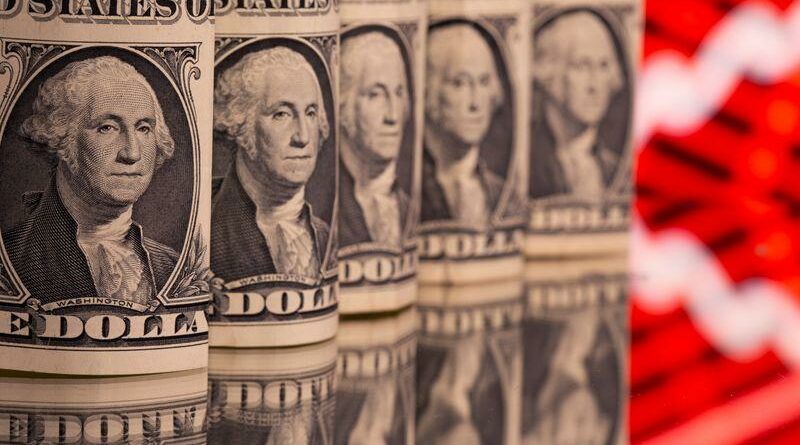 LONDON (Reuters) – The dollar slipped slightly on Thursday, after softer-than-expected U.S. inflation data for January and a reiteration of the Federal Reserve’s dovish policy stance, but currency market moves were generally quiet due to holidays in Asian markets.

Currency market moves were small overnight because of holidays in Japan and China, but the dollar fell close to two-week lows against a basket of currencies, before recovering somewhat as European markets opened.

Federal Reserve Chair Jerome Powell said that while he expected base effects and pent-up demand when the economy fully reopens to boost inflation, that was likely to be transitory, citing three decades of lower and stable prices.

Powell also reiterated that the central bank’s new policy framework could accommodate annual inflation above 2% for some time before raising rates, reinforcing market expectations of weak returns from the dollar.

“Any shift in the policy stance (to a hawkish, less accommodative side) is not imminent, US front end rates are to remain anchored, the US curve is set to steepen further and real rates are to remain deeply negative,” ING FX strategists wrote in a note to clients.

“As the global economy starts its post winter recovery in Q2, this suggests more upside to cyclical currencies, while negative US real rates should also offer helping hands to the low yielding ones, such as EUR vs the dollar,” they said.

The euro was up around 0.1% against the dollar, at $1.2128. A European Commission forecast that the euro zone economy will rebound less than expected in 2021 did not impact the currency.

Powell’s comments are keeping the dollar “somewhat on the defensive but without any real definitive reasons to break out of ranges,” said Jeremy Stretch, head of G10 FX strategy at CIBC Capital Markets.

“It’s been a pretty volatile first six weeks of the year and I think markets will perhaps just take a little bit of stock for the next four or five days whilst Asian liquidity is limited and the North American holidays play out,” he said.

The Australian dollar — which is seen as a liquid proxy for risk appetite — was up 0.3% at 0.7746 versus the dollar, close to exceeding the previous session’s two-week highs of 0.7756 .

Oil prices fell, giving up some recent gains after Brent crude strengthened for 9 sessions in a row. The commodity-linked Norwegian crown eased off from Wednesday’s one-year high against the euro and the pair changed hands at 10.262 at 1203 GMT.

Elsewhere, U.S. President Joe Biden and his Chinese counterpart Xi Jinping spoke for the first time since the U.S. election. Biden said a free and open Indo-Pacific was a priority and raised concerns about China’s actions in Hong Kong, Xinjiang and Taiwan.

“President Biden seems to lay a ground of his China approach which might be somewhat different from Trump in a few aspects, but the bottom line is US sees China as a `strategic competitor’,” Commerzbank senior economist Hao Zhou wrote in a note to clients.

With China’s markets closed, the yuan showed little reaction to the phone call.

Bitcoin was trading at around $46,577 at 1204 GMT. The cryptocurrency, which is sometimes viewed as a hedge against inflation, has fallen around 3% since Tuesday’s record high. Ethereum also dropped from recent record highs.

Shares of Stamps.com cut nearly in half after company slashes earnings forecast 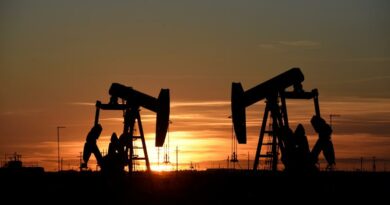 Chaffetz: Lack of coverage of Hunter Biden's involvement with Ukraine is 'such a double standard'