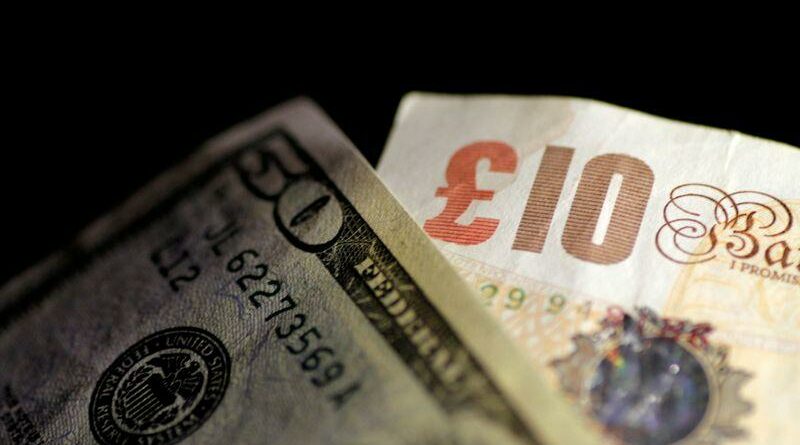 LONDON (Reuters) – The U.S. dollar held near a three-month high against its rivals on Wednesday as traders took a breather before Fed chair Jerome Powell’s comments a day after data showed U.S. inflation soaring to a 13-year high in June.

The greenback is likely to take its direction from Powell’s two-day testimony before Congress that starts later on Wednesday. Growing short bets on the dollar in the futures markets in recent weeks also made traders wary of shorting the greenback aggressively.

Markets are seeking clues on when the central bank might consider tapering its stimulus and whether it still holds the oft-reiterated view that higher inflation is transitory.

“The market consensus appears to be that Chair Powell will try and balance that shift with a cautious tone over proceeding with QE tapering. The increase in infections of the Delta variant in the U.S. and globally is one reason for Powell to stress the need for caution,” MUFG strategists said in a note.

The kiwi dollar was the only currency to hold its own against a broadly firm greenback after New Zealand’s central bank announced an end to its pandemic-linked bond purchases, paving the way for an interest rate hike by year-end.

The central bank said it would cut short a NZ$100 billion ($70 billion) bond-buying programme, prompting lenders to bring forward calls for a rate rise to as early as August, which would put New Zealand at the forefront of countries to raise interest rates.

The kiwi dollar surged 1% in early London trading to $0.7017 before settling down to trade 0.8% up on the day. The divergence in monetary policy outlook with its Antipodean neighbour saw the Aussie drop 0.7% on the kiwi to NZ$1.0645, the lowest since early June.

The U.S. dollar, meanwhile, retreated marginally from three-month highs hit against the euro after data a day earlier showed inflation had scaled 13-year highs in June amid supply constraints and higher travel-related costs.

Attention has turned in the meantime to central banks that are proceeding with their plans to exit pandemic-era stimulus, and to economic growth fears stemming from a global upsurge in COVID-19 caseloads.

Broader currency market sentiment remained on the risk averse side as perceived safe-haven currencies, including the Swiss franc and the yen, edged higher while the Norwegian crown slipped.