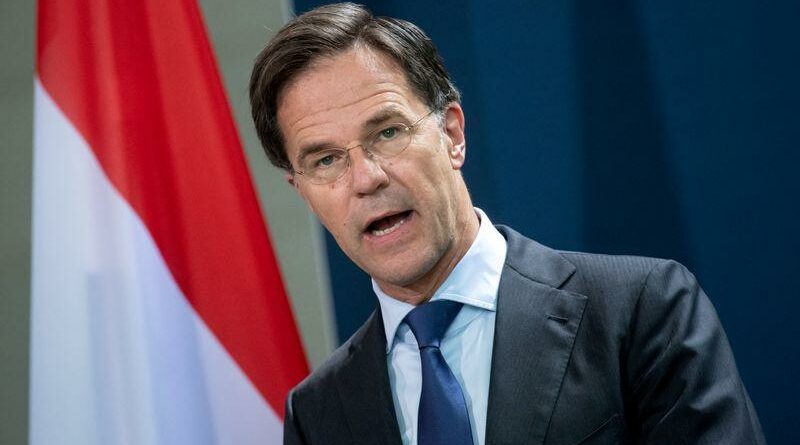 AMSTERDAM (Reuters) – The Netherlands on Tuesday slightly eased COVID-19 restrictions, allowing schools and hairdressers to reopen, as the government seeks to relieve months of lockdown even as infection rates rise again.

A controversial night-time curfew, which sparked a string of riots when it was introduced on Jan. 23, will remain in place until at least March 15, Prime Minister Mark Rutte said, as health experts warn of a new wave of infections due to the rise of more contagious variants of the virus.

New coronavirus cases increased 19% to 29,997 in the week through Tuesday, the Dutch Institute for Public Health RIVM said, as new variants continued to take hold.

“We are doing something quite unnerving”, Rutte said. “Easing of measures is not without costs and it certainly is not irreversible. If infections rapidly rise again, all options for restrictions will be on the table again.”

The RIVM said options to ease the lockdown were very limited, as the infection rate could easily jump with a looser policy. It estimated that the curfew and a one visitor per household rule had reduced the virus reproduction rate by around 10% in recent weeks.

But with general elections only three weeks away, pressure on Rutte’s government to open up the country has increased markedly.

Rutte said schools will welcome students for at least one day a week as of next week, following the re-opening of primary schools earlier this month.

Non-essential stores, which have been closed since mid-December, can receive a limited number of customers per day.

An opinion poll earlier this week showed 45% of all Dutch wanted the lockdown to be eased, up from only 21% at the end of January. Restaurant and bar owners on Monday said they would sue the state over its policies.

The government was last week ordered by a court to immediately drop the 9:00 P.M. to 4:30 A.M. curfew as it was seen to lack a proper legal base, but circumvented the verdict by drafting a new law which kept it in place.

All schools and non-essential stores in the Netherlands were closed mid-December as coronavirus infections reached record heights on a daily basis, following the shutdown of bars and restaurants two months earlier.

The total number of confirmed infections in the Netherlands since the start of the pandemic surpassed 1 million this month, with more than 15,000 related deaths.

RPT-U.S. shale producers to tap brakes in 2020 after years of rapid growth