Does Dogecoin cast a bad light on cryptocurrency?

Elon Musk impersonators have stolen over $2 million using cryptocurrency investment scams since October 2020, according to a new analysis released by the Federal Trade Commission.

‘TESLA HAS NOT SOLD ANY BITCOIN,’ ELON MUSK SAYS

According to the regulator, the theft occurred using "giveaway scams," where con artists pose as celebrities or other known figures in the cryptocurrency space and falsely promise to immediately multiply the amount of cryptocurrency sent from consumers' digital wallets. 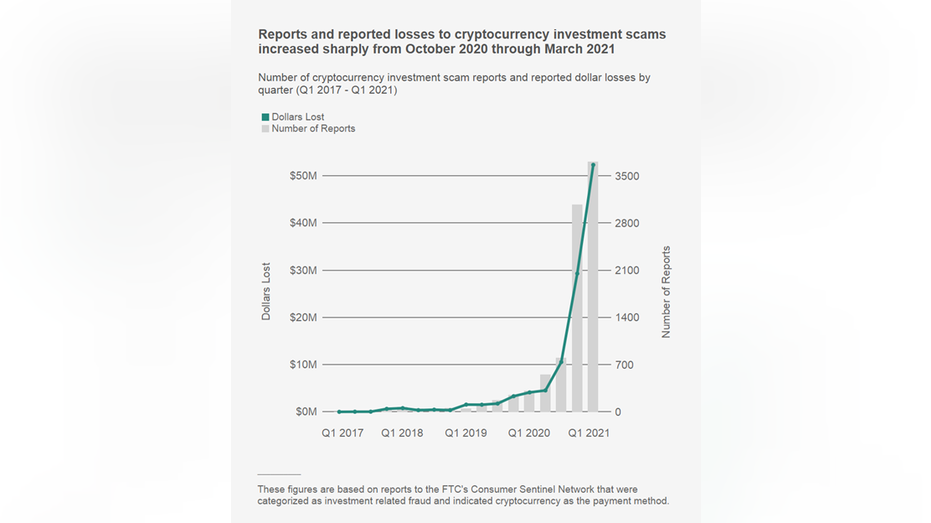 The FTC's report finds that, since October 2020, nearly 7,000 consumers have reported losing more than $80 million to cryptocurrency investment scams in the last quarter of 2020 and the first quarter of 2021. That figure is about twelve times more than the number of reported losses during the same period a year ago.

The median loss reported by consumers was about $1,900, a nearly 1,000% increase compared to the same period a year ago.

Musk's comments and actions in recent months have contributed to Bitcoin's rise and volatility, as well as the recent rise in alternative cryptocurrencies like Dogecoin. 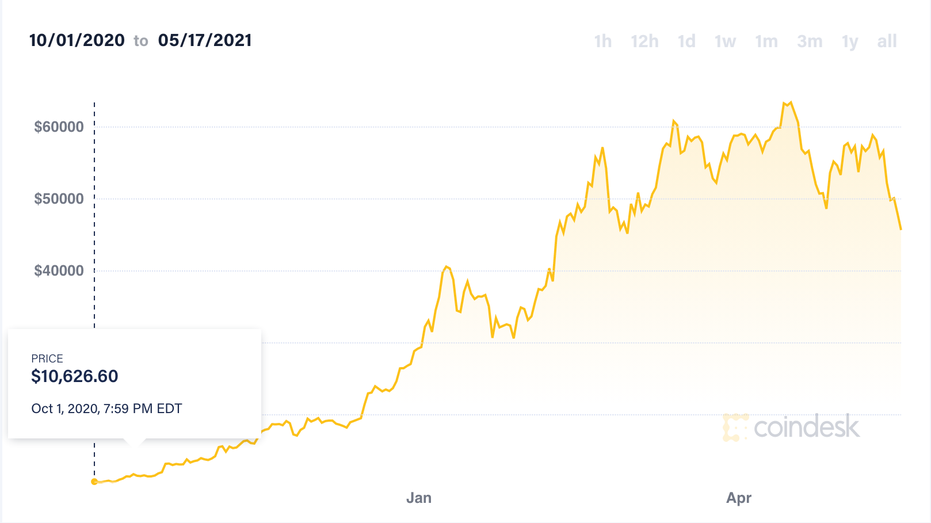 The giveaway scams aren't the only form of cryptocurrency-related fraud contributing to the surge.

The FTC reported that some consumers were given investment "tips" or "secrets" in online message boards which linked to bogus websites that look like opportunities for investing in or mining cryptocurrencies. The sites use fake testimonials and cryptocurrency jargon to appear credible.

Scammers also use online dating to draw people into cryptocurrency investment scams. About 20% of the money people reported losing through romance scams since October 2020 was sent in cryptocurrency.

Meanwhile, people 50 and older were far less likely to report losing money on cryptocurrency investment scams. However, when they did lose money on these scams, their reported individual losses were higher, with a median reported loss of $3,250.

The agency notes that while investment scams top the list as the most lucrative way to obtain cryptocurrency, scammers will use whatever story works to get people to send crypto, which often involves impersonating a government authority or a well-known business.

Examples include consumers loading cash into Bitcoin ATM machines to pay imposters claiming to be from the Social Security Administration or losing money to scammers posing as cryptocurrency exchange Coinbase.

About 14% of losses to imposters of all types are now in cryptocurrency, according to the FTC.