July 22 (Reuters) – Emerging market stocks and currencies recovered from recent falls on Thursday on optimism over the second-quarter earnings season, with South Africa’s rand up 0.4% ahead of a central bank meeting.

MSCI’s index of emerging market (EM) stocks jumped 1% and was headed for its best day since early June. The index had lost as much as 2.6% this week, before arresting its fall late Wednesday.

Improving sentiment over the second-quarter earnings season helped investors look past possible economic ructions caused by a rise in global COVID-19 cases, fears of which had spurred sell-offs in recent sessions.

MSCI’s currency index jumped 0.3% and was set for its best day in nearly a month, with most EM currencies benefiting from a dip in the dollar and other safe havens.

The central bank is largely expected to keep interest rates at a record low of 3.5%, with the economy still under pressure from the pandemic and recent violence.

“We expect the MPC to leave the policy rate unchanged, at 3.50%, but hint to the beginning of a policy normalization cycle closer to the year-end.”

One-month dollar options on the rand also came off recent peaks, indicating market expectations for a change in policy were largely nil.

The economic hit from the pandemic had prompted most EM central banks to cut interest rates to support growth. But with vaccinations picking up and more economies reopening, several banks have begun hiking cycles.

In central Europe, Hungary’s forint rose slightly to the euro after Deputy Central Bank Governor Barnabas Virag said the bank will continue its cycle of rate rises until inflation returns near its 3% policy target.

The Hungarian central bank was the first European Union bank to launch a rate hiking cycle this year, amid rising inflation.

Investors were also watching for economic cues from a European Central Bank meeting scheduled later in the day. 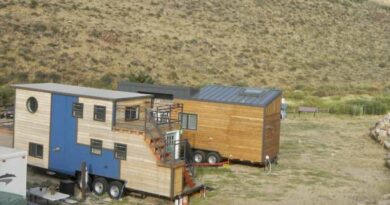 This Is America’s Best Tiny House