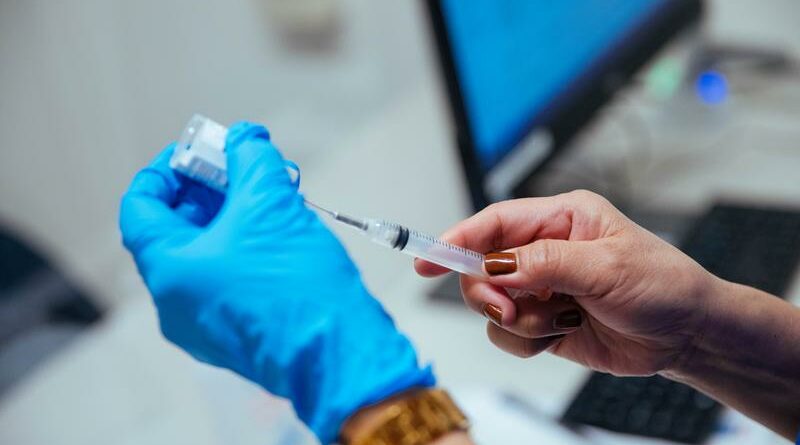 BRUSSELS (Reuters) -The European Union on Wednesday tightened its rules on coronavirus vaccine exports, giving it a clearer right to block shipments to countries with higher inoculation rates such as Britain, or which are not sharing doses they produce.

The move comes as member states struggle to contain a third wave of the epidemic and kick-start vaccine programmes slowed by a shortfall in deliveries.

It risks stoking tensions with London, which has warned Brussels against “vaccine nationalism”.

EU trade chief Valdis Dombrovskis said the bloc was not targeting any specific country, although the blueprint set out by the European Commission, which oversees EU trade policy, suggests Britain would be a country with which the EU would seek a reciprocal arrangement.

The new rules expand existing measures aimed at ensuring that planned exports by drugmakers do not threaten the bloc’s supply.

They widen the net by adding 17 previously exempt countries – including Israel, Norway and Switzerland – to the list of countries for which exports of EU-produced vaccines require licences.

EU officials say export restrictions could also kick in if manufacturers do not respect quarterly vaccine contracts but backload supplies towards the end of the period.

Based on the criteria, restrictions could be tightest for AstraZeneca vaccines, which have experienced the largest delivery shortfalls.

The granting of export licences will be based on reciprocity and “proportionality” – meaning the epidemiological situation, vaccination rate and access to shots in the destination country.

Countries for which the EU seeks reciprocity would likely include the United States as well as Britain. Vaccination rates are also higher there, and they have received at least 1 million doses from EU plants since the end of January.

The bloc, which has also approved shots by Pfizer-BionTech, Moderna and Johnson & Johnson, said it had exported 43 million doses to 33 countries since then, including Britain at 10.9 million doses, followed by Canada, Japan and Mexico.

Dombrovskis said future licence requests would be considered on a case-by-case basis.

So far some 380 vaccine export requests from EU countries have been granted, with only one – from Italy to Australia – being blocked.

The Commission insists the tighter rules do not amount to an export ban, and says priority systems set up for vaccinating citizens in other countries are de facto bans.

Its proposal – which will come into force unless a “qualified majority” of member states oppose it, which is very unlikely – will be discussed on Thursday at an online summit of EU leaders, who are nevertheless divided over its implementation.

While France, Germany and Italy broadly support tighter export curbs on countries that do not reciprocate, the Netherlands, Belgium and Ireland are cautious about cutting off Britain.

A UK government spokesperson said all countries were fighting the same pandemic and that Britain would continue to work with European partners to deliver the vaccine rollout.

AstraZeneca doses were supposed to be the vaccination for the EU masses, but deliveries have and will be far lower than initially indicated.

EU Health Commissioner Stella Kyriakides said the situation in many EU countries was “alarming”, with increasing cases in 19 states and rising fatalities in eight.

EU countries have given at least one dose to about 10% of their adult populations and have watched Britain provide at least one vaccination to over half of all adults, suffering almost no delivery problems, despite the same plants officially supplying both. 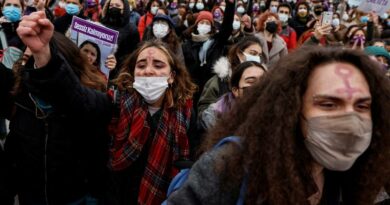