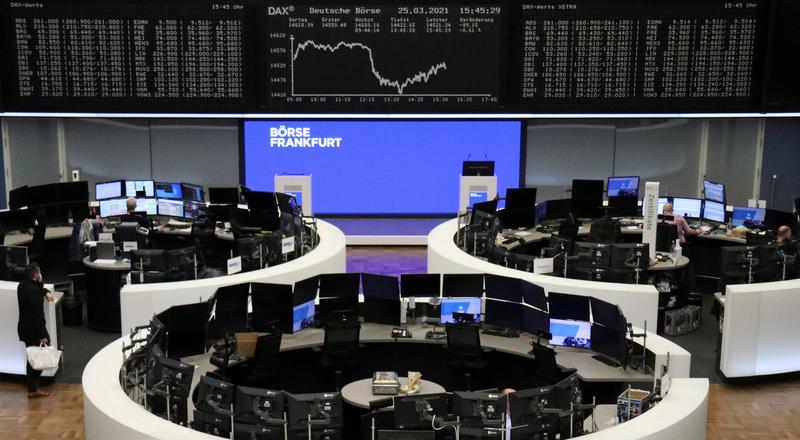 (Reuters) -European shares pulled back on Tuesday after hitting record highs a day earlier, as tobacco companies weighed on UK stocks and many regional indexes edged off pre-pandemic highs.

British American Tobacco, Imperial Brands and Swedish Match fell between 2.5% and 6% following a report the Biden administration was considering requiring tobacco companies to lower the nicotine levels in all cigarettes sold in the United States.

BAT shares were on course to record their biggest percentage drop since March 2020.

The pan-regional STOXX 600 index dropped 0.5%. The benchmark has hit a series of all-time highs this month after having climbed more than 10% so far in 2021, broadly in line with New York’s S&P 500.

“On absolute terms, it’s difficult to make the case that markets are cheap,” said Jason Collins, global head of equities at SEI. “But relatively speaking, European equities offer much better value than the United States.

In Europe, profits for STOXX 600 companies are expected to jump more than 55% in the first quarter, according to Refinitiv IBES data, with much of the support coming from consumer cyclical and industrial companies.

Automakers were the only gainers in Europe as BMW’s first-quarter earnings bounced back more strongly than expected, helped by higher prices and strong Chinese demand.

Investors also looked past data that showed Britain’s unemployment rate unexpectedly fell for a second month in a row to 4.9% in the December to February period, during which most of the country was under a strict COVID-19 lockdown.

Swiss construction chemicals maker Sika rose 2% after it hiked its sales outlook for 2021.