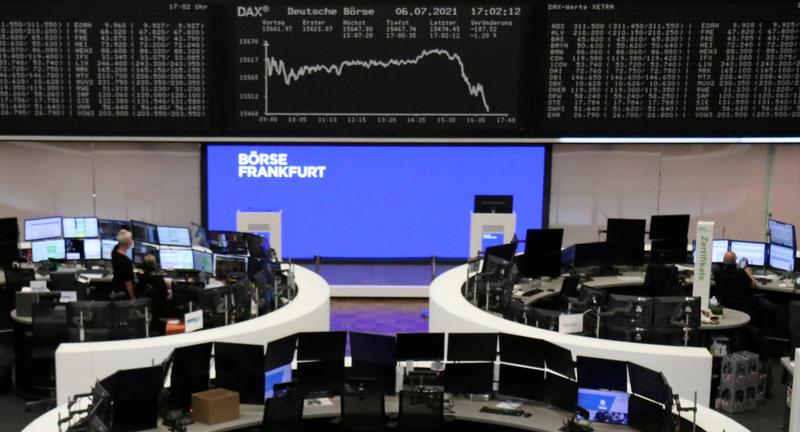 All major European bourses lost almost 1%, with France’s CAC 40 down 0.9% and the oil heavy FTSE 100 posting its worst session in two weeks, as government bond yields across the euro area fell to their lowest levels in at least three weeks. [GVD/EUR]

German investor morale fell by much more than expected in July but remained at a very high level, a survey showed on Tuesday, while separate data showed orders for German-made goods posted their sharpest slump in May since the first lockdown in 2020, hurt by weaker demand from countries outside the euro zone.

Euro zone monthly retail sales, meanwhile, rose more than expected in May after a drop in April. But shares in the region took a sharp turn lower after a survey revealed U.S. service sector activity cooled in June. [.N]

“A downturn in economic data (is) doing little to boost sentiment around the recovery pathway,” said Joshua Mahony, senior market analyst at IG.

The pan-European STOXX 600 index fell 0.5%, with the automobiles and parts index sliding the most, down 2.9%. Worries about supply chain bottlenecks have weighed on the index since it hit 2015 highs in early June.

The oil and gas sector fell 1.8% as oil prices slipped after an OPEC+ dispute had sent them to multi-year highs. [O/R]

Investors’ focus will be on the release of the U.S. Federal Reserve’s minutes of its latest policy meeting on Wednesday as they look for hints on whether the central bank will roll back its large stimulus programme.

A strong rebound in euro zone business activity and optimism about a full reopening of Britain’s economy later this month have helped markets stay afloat so far in July despite rising cases of the Delta variant of the coronavirus.

French train maker Alstom slumped 8.4% to the bottom of the STOXX 600 after it forecast negative free cash flow for its fiscal year.

British online grocer and technology group Ocado gave back all session gains. It had rallied 4% after posting a 20% rise in retail revenue in the first half of the year and said it had signed a new deal to develop supermarket chain Alcampo’s online business in Spain. 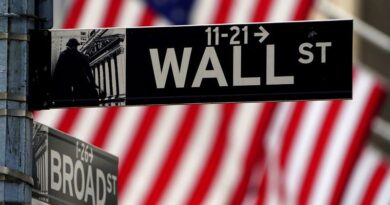 Insana: When market pundits say, 'this time is different,' brace for the possibility that it's not