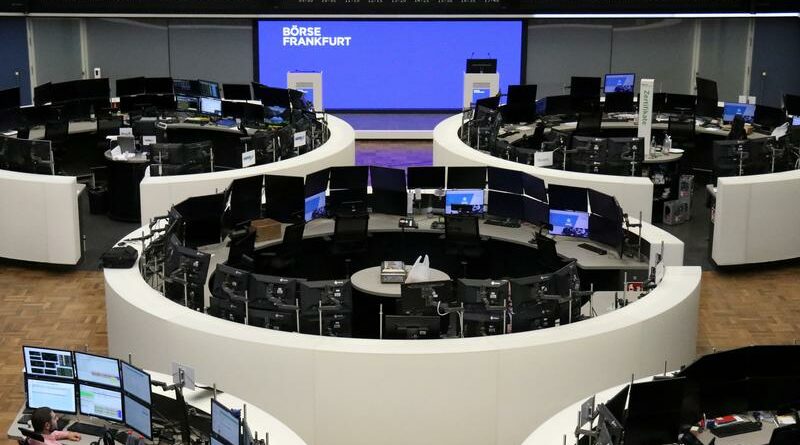 “It appears that while the UK blue chip index, and its mid-cap sibling, enjoy the optimism surrounding the country’s post-COVID comeback, sterling has been saddled with concerns over the vaccine programme,” said Connor Campbell, an analyst at Spreadex.

A rebound in economically sensitive sectors such as banks, energy and automakers pushed European stocks to pre-pandemic levels earlier this week, as investors bet on a strong global economic recovery, driven by vaccines and unprecedented stimulus measures.

A final reading of IHS Markit’s Purchasing Managers’ Index showed euro zone business activity returned to growth in March, underpinned by a record expansion in the manufacturing sector and as the service industry coped with new lockdowns better than expected.

“There is a case to be made in the second half of the year when Europe really has its moment, because it has lagged the rest in its recovery. They’ve finally managed to ramp up vaccine production and distribution,” said Julien Lafargue, head of equity strategy at Barclays Private Bank.

With earnings season set to kick off this month, investors are hoping for a strong recovery.

Profits for companies on the STOXX 600 are expected to jump 47.4% in the first quarter versus beaten-down numbers a year earlier, according to Refinitiv IBES data.

Recent UK market debutant Deliveroo Holdings rose 2.1% to 285.7549 pence in its first day of unrestricted trading when retailers were allowed to trade. It has shed almost 28% since last week when it priced its initial public offering at 390 pence.

French M&A was also in focus, with power group EDF jumping 10.5%, after sources told Reuters the government expects to spend around 10 billion euros ($11.87 billion) to buy out minority shareholders as part of a proposed restructuring of the company.

Amundi rose 2.9% after Societe Generale said it was in exclusive talks to sell most of asset manager Lyxor to Amundi for 825 million euros ($979 million).

Recovery to be erratic, Emerging stocks to rise in 2021: Invesco