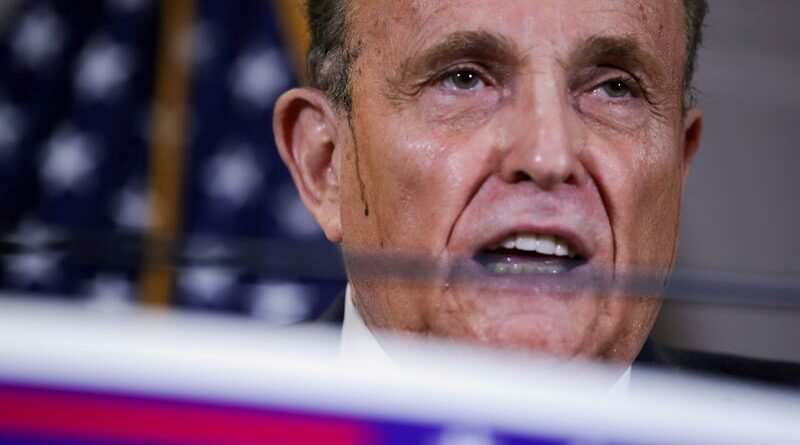 (Reuters) – Donald Trump’s former personal lawyer Rudy Giuliani is clashing with prosecutors over how to determine whether materials seized from his home and offices last month are covered by “attorney-client privilege.”

In a letter made public on Monday, Giuliani’s lawyers objected to the “broad and sweeping nature” of searches conducted on April 28 at Giuliani’s home and office, where electronic devices were seized, as well as a November 2019 search of his Apple iCloud account.

Giuliani said in a statement following the raids that the seized materials are protected by attorney-client privilege and that his “conduct as a lawyer and a citizen was absolutely legal and ethical.”

The following describes the legal doctrine of attorney-client privilege and whether it could apply to communications between Giuliani and Trump or others.

WHAT IS ATTORNEY-CLIENT PRIVILEGE?

Attorney-client privilege is a long-standing doctrine of U.S. law that allows people to keep their communications with legal counsel private.

Lawyers can invoke the privilege to avoid testifying about conversations with clients in most settings, or turning over emails or other correspondence.

The traditional justification for attorney-client privilege is that the legal system operates more fairly when people are able to speak candidly with their lawyers, said Jens David Ohlin, a professor of criminal law at Cornell Law School.

“If clients feel like whatever they disclose to attorneys will be turned over to authorities, they won’t feel free to talk openly,” Ohlin said.

DOES THAT MEAN ALL COMMUNICATIONS WITH A LAWYER ARE PROTECTED?

No. The privilege only covers communications relating to legal advice, said Harry Sandick, a former federal prosecutor in New York now in private practice as a defense lawyer.

It does not protect a person’s discussion of business, personal, or financial matters with a lawyer if they are unrelated to a legal representation, Sandick said.

Attorney-client privilege also does not apply to communications by a lawyer in furtherance of a crime or fraud.

DOES THE PRIVILEGE MAKE IT HARDER TO GET A WARRANT TO SEARCH A LAWYER’S OFFICE?

Yes. The U.S. Department of Justice has an official policy of only raiding law offices if less intrusive approaches could compromise the investigation or result in the destruction of evidence.

Because of this policy, searches of a lawyer’s home or office are rare but not unprecedented, said Sandick.

In 2002, now-deceased defense lawyer Lynne Stewart had her Manhattan office raided by the FBI. She later was convicted of providing material support to terrorists and sentenced to 10 years in prison here.

Notably, in 2018, federal agents raided the office of Michael Cohen, another former personal lawyer for Trump, who was subsequently convicted and sentenced to three years in prison here.

The warrants for Giuliani’s electronic devices would have required sign-off at the highest levels of the Justice Department, said Lisa Kern Griffin, a law professor at Duke University and former federal prosecutor.

“This development suggests that the investigation into Giuliani’s activities is both ongoing and intensifying,” she said.

HOW CAN PROSECUTORS MAKE SURE THEY HAVE NOT IMPROPERLY USED PRIVILEGED INFORMATION?

U.S. courts have said prosecutors must set up a review to ensure that attorney-client communications are not being improperly used as evidence.

The U.S. Attorney’s Office in Manhattan, which is handling the Giuliani investigation, on May 4 asked a judge to create a process for reviewing evidence seized from his home and office.

In a court filing, federal prosecutors asked U.S. District Judge J. Paul Oetken in Manhattan to appoint a “special master” to review communications taken from Giuliani’s devices and ensure that “potentially privileged materials” are not viewed by investigators.

This same process was used to review materials taken from Cohen. The special master in that case, retired Judge Barbara Jones, ruled that less than 0.2% of all the Cohen documents were protected by attorney-client privilege.

In a letter unsealed on Monday, Giuliani lawyers told Oetken that a covert search of his iCloud account in 2019 was illegal and urged the judge to address that issue before considering prosecutors’ request to appoint a “special master.” 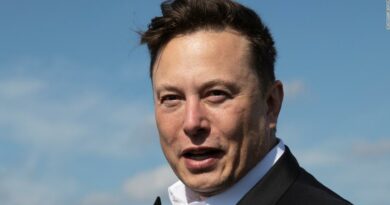 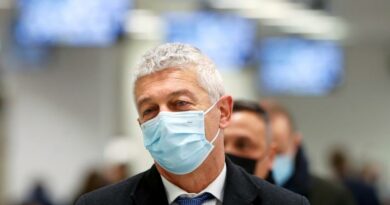