Home » Markets » Factbox: Latest on worldwide spread of the coronavirus 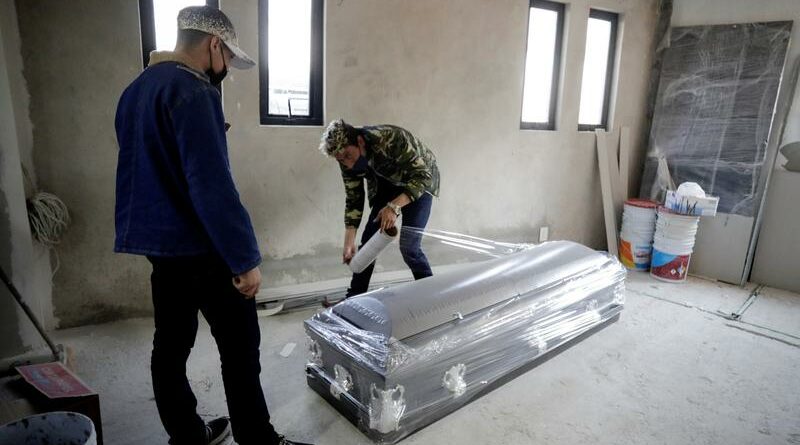 (Reuters) – The European Union stood its ground in a row with AstraZeneca over COVID-19 vaccine supplies on Friday, while Hungary became the bloc’s first member to approve China’s Sinopharm vaccine.

FILE PHOTO: Employees of a funeral parlor use plastic film to wrap a coffin with the body of a person who died from the coronavirus disease (COVID-19), amid the COVID-19 outbreak, at the Iztapalapa neighbourhood in Mexico City, Mexico January 20, 2021. REUTERS/Gustavo Graf

* The head of Germany’s vaccine regulator expects that the European Union will approve AstraZeneca’s vaccine without any age restrictions, he told a news conference.

* Scotland will publish COVID-19 detailed vaccine supply data next week even though the British government has so far refused to do so amid a row between the European Union and drug companies such as AstraZeneca over delayed deliveries.

* Norway’s government proposed 16.3 billion Norwegian crowns ($1.9 billion) in extra fiscal spending this year to aid municipalities and businesses struggling as a result of the pandemic, the finance ministry said.

* AstraZeneca Plc will file for Japanese approval of its vaccine as early as mid-February, the Yomiuri newspaper reported.

* A World Health Organization-led team of experts investigating the origins of COVID-19 visited a hospital in the Chinese city of Wuhan that was one of the first to treat patients in the early days of the outbreak.

* Vietnam’s health minister said a new outbreak was “basically under control” in the areas most affected, as cases spread to Hanoi, the capital, where the ruling Communist Party is holding its five-yearly congress.

* Thailand’s plan to produce the AstraZeneca vaccine locally is on track to be ready to begin mass inoculations in June, with a capacity to make up to 18 million doses per month, a senior official said.

* Bolivian doctors are demanding a nationwide lockdown and threatening to stop taking in new patients as a surge in cases, which they say is killing an average of one medic per day, strains hospitals to breaking point.

* Confidence in Brazil’s services sector has fallen this month, a survey showed, due to a surging second wave of the pandemic and the abrupt end of government cash transfers to millions of poor and vulnerable families.

* Kenya said that it was seeking an extra 11 million doses of COVID-19 vaccines, in addition to the 24 million it has already ordered, a senior health ministry official said.

* The European Commission is in negotiations with Novavax about the number of vaccines it is going to order from the U.S. company, Germany’s Health Minister Jens Spahn said.

* Swiss drugmaker Novartis has signed an initial agreement to provide manufacturing capacity for Pfizer and Biontech’s vaccine, a move aimed at helping boost production as supplies fall shy of demand.

* U.S. stock futures and European stocks fell on Friday while the safe-haven dollar held its ground as a Wall Street battle between hedge funds and retail investors and a row in Europe over COVID-19 vaccine supply cooled risk appetite. [MKTS/GLOB]

* Japan’s industrial output extended declines in December as factories struggled with a hit to demand from expanded lockdown measures globally, suggesting the economic recovery was slowing.

* The European Central Bank is unlikely to cut its already-record low policy rate as this would do little to revive the pandemic-hit euro zone economy, five sources told Reuters.

Relocating? How to Make the Case for Keeping Your Job 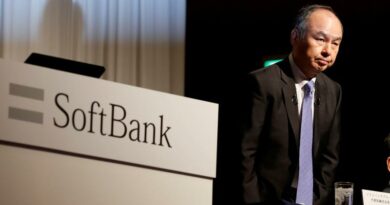