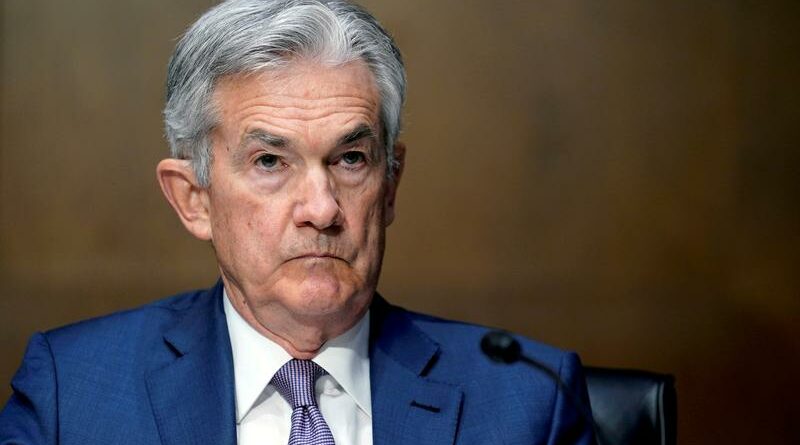 WASHINGTON (Reuters) – The Federal Reserve on Wednesday projected a rapid jump in U.S. economic growth and inflation this year as the COVID-19 crisis winds down, and repeated its pledge to keep its target interest rate near zero for years to come.

The U.S. central bank now sees the economy growing 6.5% this year, and the unemployment rate falling to 4.5% by year’s end, compared to growth of 4.5% and unemployment of 5% projected at its December policy meeting.

The pace of price increases is now expected to exceed the Fed’s 2% target for the year, hitting 2.4% by year’s before falling back in 2022.

“Indicators of economic activity and employment have turned up,” the policy-setting Federal Open Market Committee said in a statement that kept the benchmark overnight interest rate in a target range of zero to 0.25%.

The improvement in the Fed’s economic outlook did not immediately alter policymakers’ expectations for interest rates, though the weight of opinion did shift. Seven of 18 officials now expect to raise rates in 2023, compared to five in December.

Four officials now feel rates may need to rise as soon as next year, a change from zero as of the last projections in December.

Fed Chair Jerome Powell is scheduled to hold a news conference at 2:30 p.m. EDT (1830 GMT) to discuss the outcome of the latest two-day policy meeting.

The quarterly projections issued on Wednesday were the central bank’s first since December, and incorporate developments including the rollout of coronavirus vaccines and the approval of two federal spending bills totaling about $2.8 trillion.