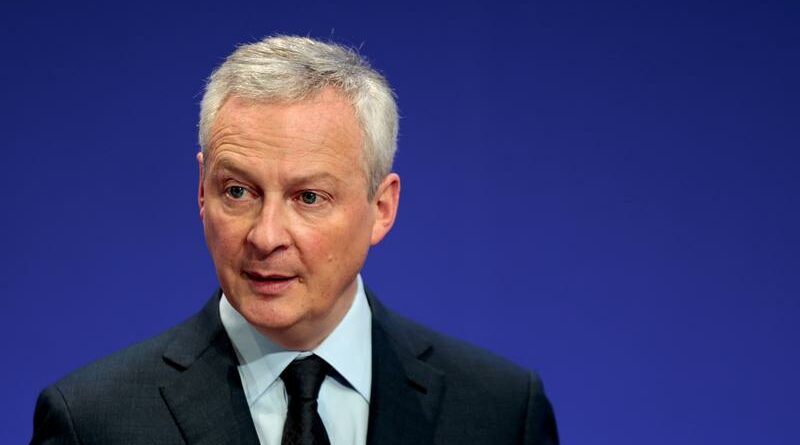 BERLIN (Reuters) -The finance ministers of France and Germany support the U.S. government’s idea of a global minimum corporate tax rate of 21%, they said in a joint interview in Zeit Online on Tuesday.

“I, personally, have nothing against the U.S. proposal,” Germany’s Olaf Scholz was quoted on the weekly newspaper’s website as saying. “If that is the result of negotiations, we would also be agreed,” France’s Bruno Le Maire said, according to Zeit.

Their Austrian counterpart on Tuesday also welcomed the proposal, floated by U.S. Treasury Secretary Janet Yellen, who said this month she was working with G20 countries to agree on a minimum rate, and put forward a figure of 21%.

A rate of 12.5% for multinationals had been under discussion for new rules being negotiated at the Organisation for Economic Cooperation and Development.

“This tax fairness must also apply above all between digital and analogue business models,” he said, adding that he hoped for a quick agreement. Austria has a 25% corporate tax rate.

Scholz and Le Maire are holding talks on Tuesday and, among other issues, are due to discuss tapping money from the European Recovery Fund.