Home » Markets » GRAPHIC-U.S. equity funds see a surge in outflows in the week to June 9 -Lipper

June 11 (Reuters) – U.S. equity funds faced outflows for the second straight week in the week to June 9, despite a rally in equities, as caution crept ahead of a U.S. inflation report, whose outcome could determine the direction of the central bank’s monetary policy stance.

The selling was more severe in growth funds, which faced outflows of $8.7 billion, while value funds saw net sales of $4.2 billion.

Higher inflation and interest rates tend to undermine growth stocks more, as their future cash flows would be worth less when discounted with higher rates.

Data released on Thursday showed U.S. consumer prices rose solidly in May, leading to the biggest annual increase in 13 years.

However, some analysts believe the inflation data is still not enough to change the Federal Reserve’s view that rising consumer prices will be transitory or alter its monetary policy stance.

On the other hand, investors purchased real estate sector fund worth $1.14 billion, the most in nine weeks, bolstered by rising house prices in the United States.

Meanwhile, investors purchased a net $7.24 billion in U.S. bond funds, which was about 14% less than in the previous week.

Inflation-protected bonds were also in demand for the sixth straight week, which lured inflows of about $1 billion.

Hotel owners are still reeling from the coronavirus pandemic

Factbox-When and how electors in contested states cast their votes for U.S. president 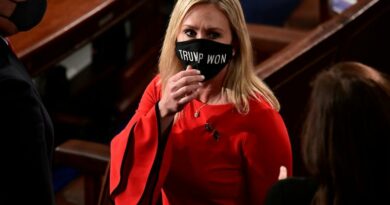