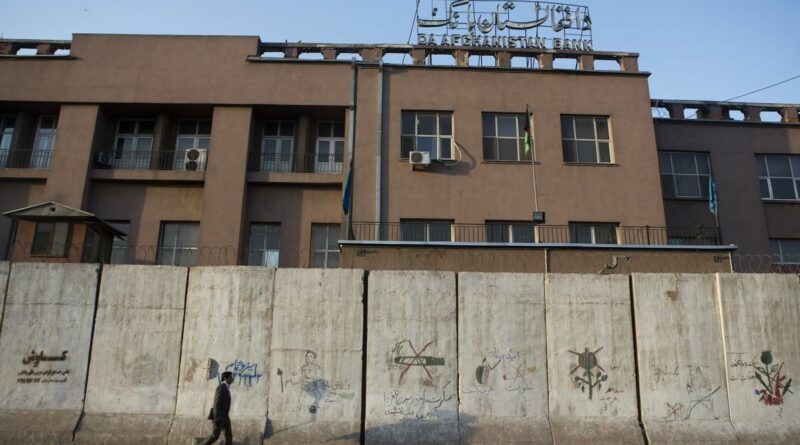 Afghanistan’s inability to confirm a full-time central bank governor for more than a year is adding to economic woes brought on by the pandemic and a surge in Taliban violence.

Parliament last month vetoed the appointment ofAjmal Ahmady, who became acting governor in June. Ahmady, who left Afghanistan as a two-year-old in 1980, had completed his MBA in the U.S. and obtained a masters degree in economics and public administration from Harvard University.

An economic adviser to President Ashraf Ghani, Ahmady had in recent months chaired two meetings of the bank’s highest decision-making body, the Supreme Council. But doubts over the 42-year-old’s language skills — in particular his fluency in the nation’s two main languages, Pashtu and Dari — were among the reasons lawmakers cited for voting down his appointment.

Da Afghanistan Bank is struggling to revive an economy that’s forecast tocontract 5% this year as the nation faces afresh wave of coronavirus infections, recording more than 53,000 cases and over 2,200 deaths. With less than 25 testing laboratories in a nation the size of France, the real figures may be higher.

“Lack of a governor at the Da Afghanistan Bank is detrimental to our economy, which is already suffering from Covid-19 and severe political instability,” said Saifuddin Saihoon, an economics professor at Kabul University. “We’ve already seen inflation dreadfully rising and lots of manufacturers went bankrupt due to Covid-19.”

The World Bank and the International Monetary Fund declined to comment.

In his speech to parliamentarians on Dec. 1, Ahmady outlined his plan to ask banks to cut borrowing costs and increase lending. He also pledged to digitize the payments system across the country to enhance transparency and fight corruption.

“Our main priority should be to help grow the country’s economy,” Ahmady said. “In other countries, 50% of support for their economies comes from their central banks but unfortunately in Afghanistan such a support did not happen until now.”

But lawmakers weren’t impressed — even though they didn’t mention many specifics on policy.

His ideas consisted of “vague promises and statements,” Ramazan Bashardost, a former planning minister and member of parliament who voted against Ahmady, said in an interview. “Mr. Ahmady, who grew up in the U.S., may know little about the art of Afghan deals,” Bashardost said. “He is a good English speaker, but his language skills can’t remedy our economy hit by the Covid-19 and violence.”

Under Afghan law, official positions such as government ministers and the central bank governor can only be filled in an acting capacity for two months — after that there must be a permanent appointment. Acting governors are not allowed to make internal appointments, nor are they permitted to enact new policies — instead they’re required to follow the monetary policy inherited from their predecessor.

Once vetoed, the candidate cannot be renominated or remain in an acting capacity, according to Waheed Farzayee, a Kabul-based legal expert and member of the Independent Lawyers Union of Afghanistan, who cited Afghan law and a recent legislative decree from Ghani. Fatima Murchal, a spokeswoman for Ghani, wasn’t able to comment on whether a new candidate will be named.

“The Afghan laws have limited the role of an acting official to just two months and any term further than that is unlawful,” said Abdul Zahir Tamim, a parliamentarian. “Most of the lawmakers opposed him for his inability to speak our national languages. That’s a lawful requirement for seeking a senior government position.”

The last parliamentary veto relating to the central bank occurred in 2015, when the then-acting governor, Khan Afzal Hadawal, failed to receive lawmakers’ endorsement. Ghani then nominated Khalil Sediq, who was confirmed by the parliament and remained in the role until heresigned for health reasons last year. Wahidullah Nosher, the former first deputy, then become acting governor, running the bank from June 2019 until Ahmady’s arrival.

After years of conflict, the government remains heavily reliant in international grants, whichfell sharply as donors in November pledged $13 billion — about $2 billion less than in 2016 — over the next four years to help finance the country. A major part of the funding goes to finance half of the country’s $5.9 billion national budget.

Withpeace talks expected to recommence Tuesday, the Taliban have sought to gain more leverage in the negotiations by accelerating their operations throughout the country, including attempts to capture Lashkar Gah and Kandahar cities in the south. The group carried out about 18,500 attacks in one year, according to the country’s National Directorate of Security.

Still, the central bank had maintained overall price stability apart from a pandemic-related spike in inflation, the International Monetary Fundreported on Nov. 13.

From its establishment in 1939 till 2001, the Da Afghanistan Bank provided banking services to households and business customers, as well as regulating the banking sector and printing bank notes, according to its website. After 2001, it became a full-fledged central bank and its role expanded to include the development and implementation of monetary policies.

The government relies on the bank to set policy measures to revive an economy forecast to contract 5% this year. Central banks have played acritical role around the world by slashing interest rates and starting massive asset purchases, aiming to support economic growth and head off a financial crisis.

The nation’s central bank follows a monetary aggregate targeting framework, which requires the Monetary Policy Committee to control liquidity through the reserve money tool to spur or cool economic growth and keep inflation stable. The panel, headed by the governor, is required to meet every quarter, and a meeting can still be convened by a deputy in the governor’s absence.

For last year, the ceiling for reserve money and currency in circulation growth was set at 12%, according to a central bankbulletin for the fiscal second quarter.

— With assistance by Karthikeyan Sundaram