Home » Markets » He predicted inflation surge. Hear his prediction about what comes next 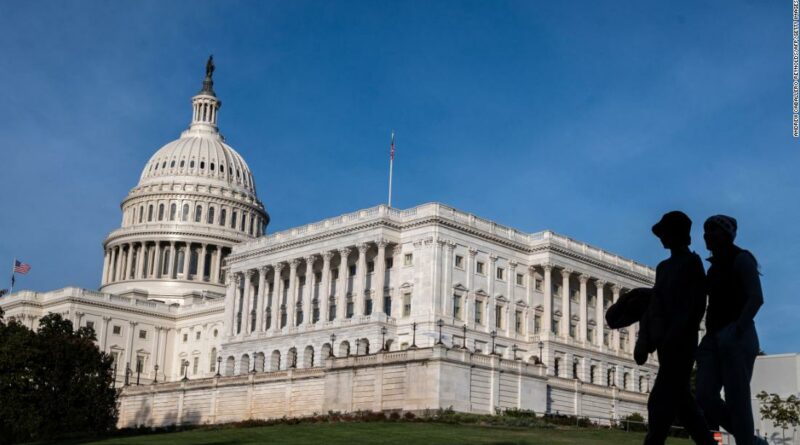 London (CNN Business)Prices for American consumers are rising at the fastest rate in three decades, setting the stage for a standoff between the White House and the Federal Reserve as concerns grow about the political ramifications of inflation.

For months, the Biden administration and the Fed have pushed the public to look through “transitory” inflation as a result of the Covid-19 pandemic.

That task is getting more difficult as prices continue to rise across the economy. Supply chain disruptions are expected to persist for months, further pushing up costs.

This means pressure is growing for either the White House or the Fed to change course to prevent inflation from damaging the recovery and hurting households. Right now, between them, they’re still planning to pour more than $2 trillion into the economy.
Step back: The Biden team is looking to pass its $1.9 trillion Build Back Better social spending bill, a sweeping effort to overhaul the country’s approach to childcare, affordable housing and health care.
The Fed, for its part, is starting to pull back stimulus that propped up the economy when Covid-19 hit. But Chair Jerome Powell has made the case for keeping interest rates low and steadily tapering asset purchases so the job market can continue to recover. It’s still due to buy about $420 billion in bonds between November and June.
As Biden debates whether to reappoint Powell, a Republican nominated by former President Donald Trump, the Fed is taking much of the heat.
Glenn Hubbard, the former top economic adviser to President George W. Bush, thinks the Fed risks losing control of inflation if it doesn’t pivot soon.
“It doesn’t add up,” Hubbard told CNN Business. “You don’t have to pour gasoline on a fire.”
Jason Furman, a Harvard economist who advised President Barack Obama, also believes the duty to act lies with the Fed.
“The Fed is charged with a dual mandate of maximum employment and price stability. They should be processing the monthly data on jobs, prices, and figuring out whether or not to adjust accordingly,” he tweeted. “Fiscal policy has bigger issues to worry about, like our long-term future.”
But Biden is also in a bind. Furman has argued that the $1.9 trillion American Rescue Plan he signed in March was too big and should have been scaled back. Now, the Build Back Better program could face opposition from West Virginia Sen. Joe Manchin, a key vote.
“By all accounts, the threat posed by record inflation to the American people is not ‘transitory’ and is instead getting worse,” Manchin tweeted Wednesday. “From the grocery store to the gas pump, Americans know the inflation tax is real and DC can no longer ignore the economic pain Americans feel every day.”
Big picture: It’s not just inflation that matters, but how Americans feel about the future. If people think prices are going even higher, the situation could quickly spiral out of control, as they demand higher wages that in turn lead to more price hikes.
We’re not there yet. But as elevated inflation lingers, calls for the Fed or the White House to take their foot off the gas are growing. The question is, will either blink?

Elon Musk sold roughly $5 billion worth of Tesla (TSLA) shares this week — his first such sale since 2016 — just days after conducting a Twitter poll asking his fans if he should dispose of 10% of his stake in the electric carmaker.
According to filings with US securities regulators, Musk exercised options he received as part of his pay package on Monday. He then sold nearly half of them, raising about $1.1 billion in cash to pay taxes relating to the transaction. 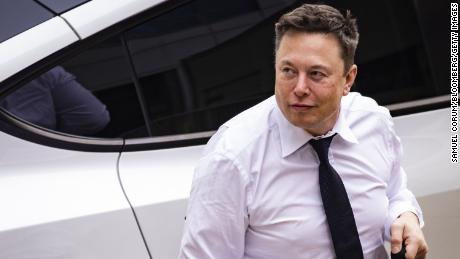 Musk sold more Tesla stock on Tuesday and Wednesday, according to additional filings. At an average price of some $1,071 per share, those sales were worth about $3.8 billion.
Back up: Musk, the world’s richest man, has a huge batch of options to exercise by August 2022. But purchasing those shares will result in a monster tax bill. That means he’ll need to sell some stock to cover those costs.
Over the weekend, Musk asked his Twitter followers whether he should sell a chunk of his shares, noting that “much is made lately of unrealized gains being a means of tax avoidance.” Some 58% of respondents said yes.
But as my colleague Chris Isidore has reported, the stunt may be tied to Musk’s looming tax burden, not his position on policy.
Per corporate filings, the motivation for Monday’s sale was “solely to satisfy [Musk’s] tax withholding obligations related to the exercise of stock options.” The other submissions did not disclose a particular reason for those sales.
Investor insight: Musk’s buying and selling may seem like inside baseball. But based on the size of his stake, it’s contributing to significant gyrations in the company’s stock. Shares fell 16% on Monday and Tuesday before bouncing 4% on Wednesday. They’re up another 2.7% in premarket trading Thursday.

Rivian is worth more than Ford

The Wall Street debut of Tesla rival Rivian was always going to be a buzzy moment. The numbers from the first day of trading were still shocking.
The latest: The electric vehicle maker priced its stock at $78 apiece, above expectations. That allowed it to raise $11.9 billion — the biggest initial public offering for a US firm since Facebook (FB) brought in $16 billion in 2012.
And enthusiasm didn’t wane once the stock hit the Nasdaq.
Shares started trading at $106.75, a 37% leap, before closing the day up 29%. That valued Rivian at almost $86 billion, more than Ford (F), whose market value is $77 billion.
The only automakers worth more than Rivian are General Motors (GM) — by a hair — along with Tesla, Toyota (TM), Volkswagen (VLKAF) and Daimler (DDAIF), which owns Mercedes-Benz.
Remember: Rivian only started producing and delivering vehicles in September. The fact that it’s now worth more than so many legacy automakers, which are also investing billions in electric vehicles, is a sign of just how wild the situation has gotten on Wall Street, as flush investors look for fresh places to park their cash. The hype surrounding Tesla, which is now worth more than $1 trillion, is also helping.
“Investors are drawing a clear line between Rivian and Tesla,” said Asad Hussain, senior mobility analyst at PitchBook.
Shares are up another 5% in premarket trading Thursday.

METALS-Copper gains on China data but heading for weekly loss