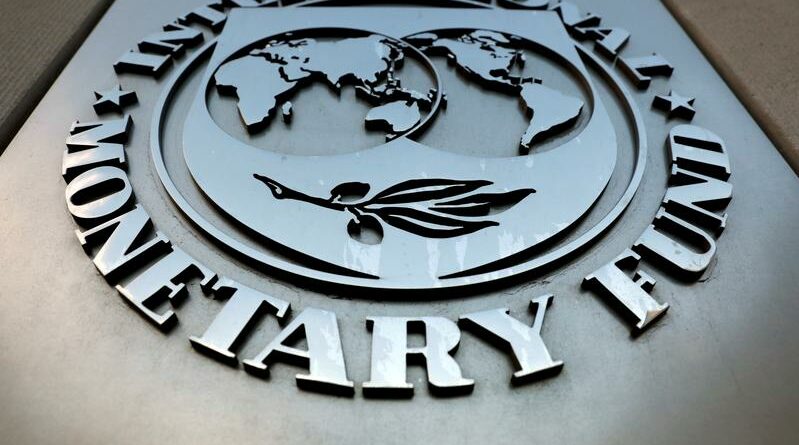 (Reuters) – The International Monetary Fund said on Tuesday unprecedented public spending to fight the COVID-19 pandemic, primarily by the United States, would push global growth to 6% this year, a rate unseen since the 1970s.

The IMF raised its 2021 growth forecast from 5.5% less than three months ago, reflecting a rapidly brightening outlook for the U.S. economy, which the IMF now sees growing by 6.4% in 2021 — the fastest since the early 1980s.

The U.S. forecast was raised by 1.3 percentage points from the IMF’s 5.1% 2021 projection in late January and nearly double the rate it estimated last October.

“Even with high uncertainty about the path of this pandemic, a way out of this health economic crisis is increasingly visible,” Gopinath told a news conference.

However, she warned that the pandemic was still far from defeated and coronavirus cases were still rising in many countries.

“Recoveries are diverging dangerously across and within countries, as economies with slower vaccine rollout, more limited policy support and more reliance on tourism do less well,” Gopinath said.

Forecasts for emerging market economies, while somewhat improved, lagged well behind their developed peers, rising just 0.4 percentage point – half of the advanced economy mark-up – to 6.7% from the view in January.

If realized, the IMF’s 6% global growth forecast for 2021 would mark the fastest pace since 1976 but also comes off the steepest annual downturn of the post-war era last year as the pandemic brought commerce around the world to a near stand-still at times. The fund said the world economy contracted 3.3% in 2020, a modest upgrade from an estimated contraction of 3.5% in its January update.

The latest World Economic Outlook – released at the start of the IMF’s and World Bank’s spring meetings – reflects a dramatic divergence between the outlook for the United States and much of the rest of the world courtesy of another $1.9 trillion in pandemic relief spending recently enacted in Washington.

The outlooks for other advanced economy heavyweights, such as Germany, France and Japan, hardly improved at all since January. Nonetheless, with the heft of the U.S. outlook improvement as the main driver, the IMF marked up its advanced economy growth estimate to 5.1% from 4.3%.

The United States economy this year will join China in regaining a level of gross domestic product that exceeds where it stood before the pandemic struck just over a year ago, the IMF said. China recaptured all of its lost growth by the end of 2020.

China’s growth forecast for 2021 was raised by 0.3 percentage point to 8.4%, an increase that Gopinath said largely reflected external demand for Chinese exports, driven largely by the U.S. stimulus spending. But she said that consumer spending in China was still lagging, and growth was primarily being driven by public investments.

The IMF emphasized the high degree of uncertainty surrounding the outlook, and that improvements could easily be tripped up by any of several factors, with success against the pandemic topping the list.

“Greater progress with vaccinations can uplift the forecast, while new virus variants that evade vaccines can lead to a sharp downgrade,” it said.

Another big risk centers around the persistence of accommodative policies, from the United States in particular.

Long-term interest rates around the world have risen sharply since January, as market participants revise their expectations for how soon the U.S. Federal Reserve begins to normalize its policy stance.