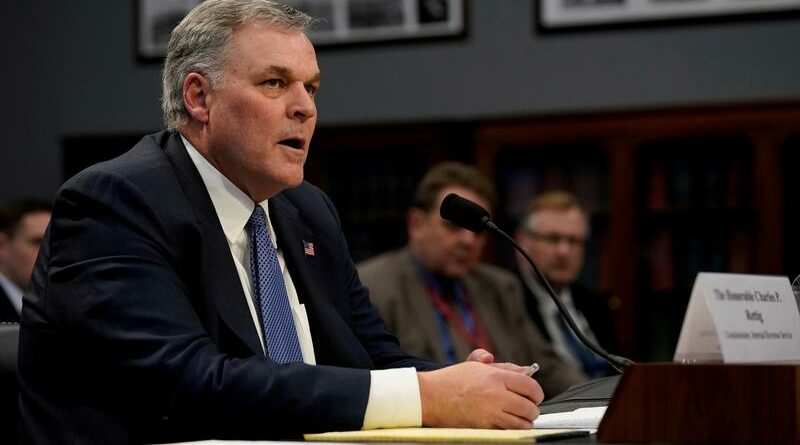 Rettig told the Senate Finance Committee that new sources of wealth have arisen since 2011-2013, when the last official annual tax gap estimate of $441 billion was made, including cryptocurrencies and the rising use of complex, foreign-source income.

“If you add those in, I think it would not be outlandish, that the actual tax gap could approach, and possibly exceed $1 trillion” on an annual basis, Rettig said.

Rettig said the agency is “outgunned” by increasingly sophisticated tax avoidance schemes and budget cuts have left it with about 17,000 fewer revenue enforcement staff than it had a decade ago.

He called for Congress to provide “consistent, timely, adequate and multi-year funding.”

The Biden administration’s fiscal 2022 budget request would boost the IRS budget by about $1.3 billion, or 10.4% over current levels. The proposed $13.2 billion IRS budget would include an additional $900 million for tax enforcement in fiscal 2022, which starts on Oct. 1.

The tax gap represents under-reported income, under-payment or non-payment of taxes owed and exaggeration of claimed tax breaks such as deductions and credits.

One area that Rettig told senators would help capture unreported income would be requiring transactions in cryptocurrencies such as Bitcoin to be reported, similar to the way that securities transactions are reported.

Using “1099” forms to report these transactions would help the IRS to tax capital gains in cryptocurrency investments, which now have a market capitalization of around $2 trillion, Rettig said.