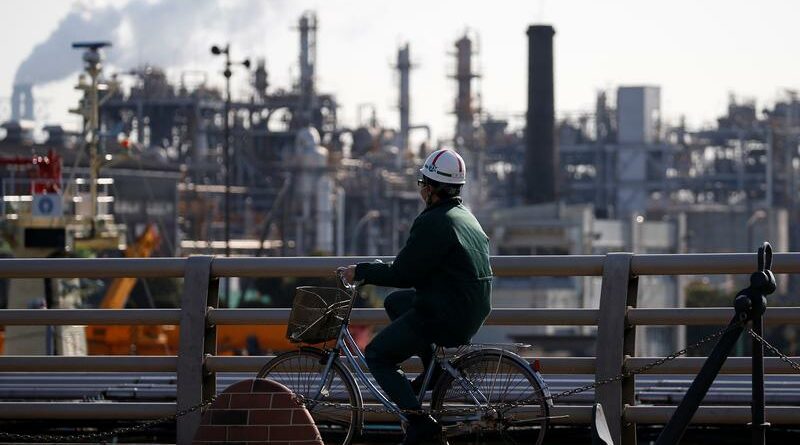 FILE PHOTO: A worker cycles near a factory at the Keihin industrial zone in Kawasaki, Japan February 28, 2017. REUTERS/Issei Kato

The output slowdown may fan worries that the world’s third-largest economy has failed to secure a firm footing after last year’s sharp recession as businesses are pressured by a wider, local state of emergency covering parts of the country, including Tokyo.

Separate data showed the average number of available jobs per applicant for 2020 saw its biggest decline in 45 years, while the December jobless rate held steady from the previous month.

The decline was larger than the previous month’s 0.5% fall, but broadly in line with a 1.5% decline in a Reuters poll of economists.

“Output will likely be positive in the first quarter, but we expect growth to be negative. The biggest reason is the contraction in private spending due to the state of emergency,” said Takumi Tsunoda, senior economist at Shinkin Central Bank.

While the economy was likely to contract by around 5% on a year-to-year basis in the first quarter, it was still expected to avoid a technical recession–two straight quarters of decline–thanks to a second-quarter rebound on firmness in exports and output, he said.

Manufacturers surveyed by the Ministry of Economy, Trade and Industry (METI) expected output to rebound 8.9% in January and decline 0.3% in February.

Although production was still likely to grow at a sharp pace in January, manufacturers’ forecast didn’t fully reflect the impact of Japan’s new state of emergency, a trade ministry official said.

Factory output weakened in November as a rebound in car production ended on sagging global demand. Analysts worry that is delaying Japan’s recovery with the economy at risk from starting the year with a contraction.

The government also released data on Friday showing the average jobs-to-applicants ratio for 2020 was 1.18, down 0.42 point from 2019 to post its biggest annual fall since 1975. The ratio was unchanged at 1.06 in December from the previous month.

Other data showed that the country’s seasonally adjusted jobless rate held steady at 2.9% in December, beating the median estimate of 3.0%.

Meanwhile, the core consumer price index for Tokyo, which includes oil products but excludes fresh food prices, fell 0.4% in January from a year earlier, down for a sixth straight month, government data showed on Friday.

The pace of decline slowed from December’s 0.9% fall, which was the steepest drop since September 2010, as accommodation prices fell less after the government halted a domestic travel campaign due to a resurgence in coronavirus cases, a government official said.

The price of accommodation fell 2.1% in January from a year earlier, much slower than the prior month’s 33.5% drop. 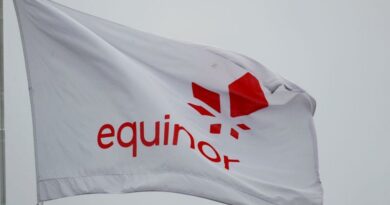