Blue Origin founder Jeff Bezos spoke with FOX Business’ Neil Cavuto ahead of his trip on the aerospace company’s New Shepard rocket for its first-ever crewed launch, noting that he feels ‘very good’ about the adventure.

Blue Origin founder Jeff Bezos is set to launch into space on Tuesday aboard his aerospace company's New Shepard rocket, in the firm's first flight carrying humans into space. While he is not the first person to take a trip off Earth on his own company's aircraft, the mission is nonetheless historic.

The launch is scheduled for 8:00 a.m. CDT on Tuesday, and may be watched live from Blue Origin's website, the company announced. Coverage will begin at 6:30 a.m.

The launch will also be livestreamed on digital billboards across North America, including Times Square and Las Vegas' Harmon Center, thanks to out-of-home media company Branded Cities.

"We have always prided ourselves on leveraging our mediums to provide audiences with these sorts of unique experiences which not only serve to bring people together, but also celebrate humankind’s greatest achievements," Branded Cities  Chairman and CEO Steve Ellman explained in a statement.

Daemen replaced the anonymous winner of a charity auction who bid $28 million for the trip before backing out due to a purported scheduling conflict. Just last week, Blue Origin announced Daemen would be filling in, revealing that he is also a paying customer. The company did not disclose the price of the teen's ticket.

Funk was one of 13 female pilots – dubbed the Mercury 13 – who took the same tests in the early 1960s as NASA’s Mercury 7 astronauts, but were barred from going to space. Bezos told FOX Business' Neil Cavuto on Monday that Funk "outperformed of all the men" in testing in the '60s, and said the rest of his crew "can confirm in her training here, that she's still outperforming all of the men, and she can out-run all of us."

The Blue Origin founder noted to Cavuto that the $28 million paid by the auction winner was "a special price because that money is being donated to charity and it was also for the first seat," and the price for space travel will go down over time. "That's what happened with commercial air travel," he said. "You have to start somewhere and you have to work hard on getting it to be more efficient, more practical and less expensive."

"This is a tourism mission and it’s very important because it lets us practice and it will let more people get up into space and that practice is what will allow us to build the infrastructure to let the next generations of people really do amazing things in space," Bezos said on "Cavuto: Coast to Coast."

Virgin Galactic founder and fellow billionaire Richard Branson is also competing with Bezos in the new frontier of commercial space flights, and last week became the first person to go into sub-orbital space aboard SpaceShipTwo, a craft built by Virgin Galactic sister company The Spaceship Company.

SpaceX founder Elon Musk has not yet ventured into space himself, but his company has already successfully sent astronauts to the International Space Station for NASA, becoming the first private firm to do so. Virgin Galactic and Blue Origin are both focused, for now, on sub-orbital trips for tourists.

Branson's flight ventured 53 miles above the earth, and after separating from a launch aircraft, spent around 15 minutes in space – roughly as long as Alan Shepard's first U.S. spaceflight in 1961. Bezos' flight in space will be 11 minutes.

Virgin Galactic offered its well-wishes to its rival on Monday, with the company account tweeting, "Wishing the entire @blueorigin team a successful and safe flight from all of us @VirginGalactic."

FOREX-Dollar dips, but with a wary eye on U.S. inflation data 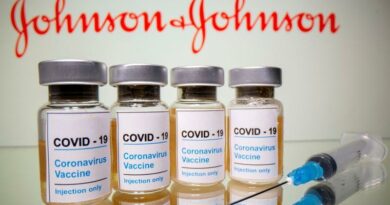 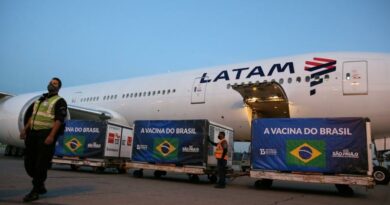