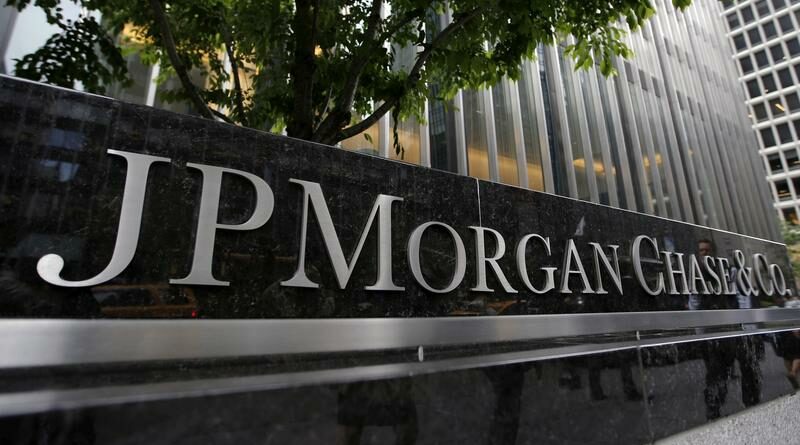 (Reuters) -JPMorgan Chase & Co beat analysts’ profit estimates on Wednesday, thanks to record revenue in some investment banking businesses and a sunnier economic outlook that allowed the largest U.S. bank to release money it had set aside for potential loan losses during the coronavirus pandemic.

FILE PHOTO: A view of the exterior of the JPMorgan Chase & Co corporate headquarters in New York City May 20, 2015. REUTERS/Mike Segar

JPMorgan’s third-quarter profit was 24% higher than the same period last year due to those factors, but analysts were most enthusiastic about signs that customers are getting back to spending and investing. The bank’s average loans and deposits rose, as did credit-card spending, helping JPMorgan’s lending income rise 2.5% from the second quarter.

Executives were cautiously optimistic that the economy is finally on a healthy path after 19 months of pandemic-related illness, business closures, travel restrictions and stay-at-home tendencies. They predicted loan demand may not substantially change until next year, the earliest, but were encouraged by early signs that the world is getting back on track.

“We don’t know the future any better than you do,” JPMorgan CEO Jamie Dimon said on a call with journalists. “What we really want is good growth right now. These are great numbers. By the end of 2022 people are forecasting 4% unemployment, wages are going up, jobs are plentiful. Getting out of COVID, we should all be thanking our lucky stars.”

Investors often see JPMorgan not just as a big American bank, but as a symbol of how well the global economy and markets are doing. It has a substantial presence in almost all conventional lending businesses – from mortgages to commercial loans – one of the largest investment banks on Wall Street and insights into multinational corporations through its capital markets and treasury services operations.

The highlight for JPMorgan’s third quarter was its Corporate & Investment Bank division, where advisory fees almost tripled due to strong performance in M&A and equity underwriting, fueled partly by a spate of initial public offerings.

During the quarter, JPMorgan maintained its position as the second-biggest provider of worldwide M&A advisory after Goldman Sachs Group Inc, based on fees, according to Refinitiv.

JPMorgan’s decision to release $2.1 billion from credit reserves also bolstered its profit. Dimon and many analysts and investors tend to remove reserve fluctuations from “core” their earnings analyses, because they are based on accounting standards and do not reflect new money coming in the door.

Analysts on average had expected earnings of $3.00 per share, according to Refinitiv.

JPMorgan’s revenue rose 2% to $30.4 billion in the quarter. Analysts on average were expecting revenue of $29.8 billion.

The bank maintained its guidance that it sees net interest income for the year to come in around $52.5 billion.

Capital markets businesses helped big Wall Street banks through the pandemic, as investors scrambled to react to news about the pandemic and companies needed help raising capital or hedging businesses risks. More recently, as trading revenue has abated, dealmaking activity has picked up, with companies deciding to combine or go public through special purpose acquisition companies (SPACs), and fledgling companies listing shares for the first time.

The lender’s Commercial Banking operation reported an 8% increase in net revenue, to $2.5 billion, while Asset & Wealth Management reported a 20% rise to $4.3 billion.

On a conference call with analysts, management primarily fielded questions about JPMorgan’s economic outlook and what the quarter’s statistics suggest about the next few quarters. They wanted to know when the bank’s lending income would pick up, and how it might deploy all the cash it has on hand.

For instance, card spending has ticked up dramatically, which would ordinarily be a good sign for banks. But it has not always translated into higher profits, because individuals saved money during the pandemic while they were stuck at home, allowing them to pay down balances and stay current on bills – thereby avoiding interest payments or late fees.

Nonetheless, analysts said they were encouraged by the bank’s performance in what remains an imperfect environment for big banks, with low interest rates, a tough regulatory environment and risks from potential new waves of coronavirus infections.

“JPMorgan has kicked off reporting season, setting a clearly positive tone for what a bank that executes can deliver,” said Credit Suisse analyst Susan Katzke.

Other large U.S. banks including Bank of America, Citigroup, Wells Fargo and Morgan Stanley will report results on Thursday, while Goldman Sachs, Wall Street’s most prolific deal maker, will round out the earnings season on Friday.