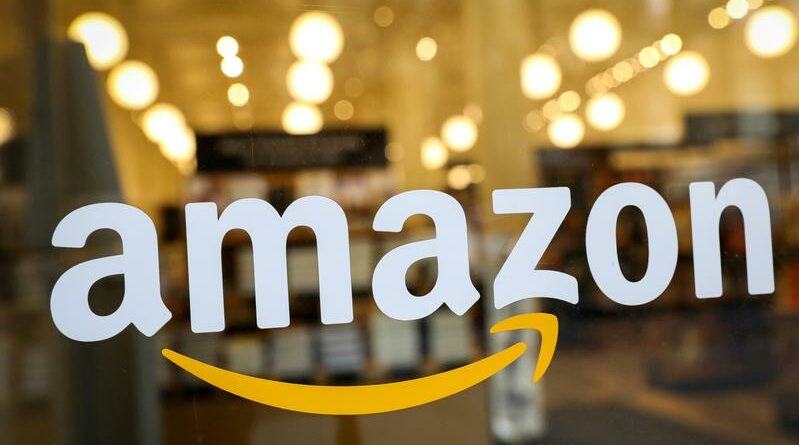 (Reuters) – A group of U.S. lawmakers visited an Amazon facility in Alabama on Friday to lend support to a growing push to unionize its workers, in what labor leaders and lawmakers called one of the most important union elections in United States history.

FILE PHOTO: The logo of Amazon is seen on the door of an Amazon Books retail store in New York City, U.S., February 14, 2019. REUTERS/Brendan McDermid

Workers at the Amazon fulfillment center in Bessemer, Alabama, are voting on whether to become the first employees in the U.S. to join a union at one of the country’s largest employers.

The visit comes on the heels of President Joe Biden’s recent statement defending workers’ rights to form unions. While he did not mention Amazon, he referenced “workers in Alabama.”

The move by the Alabama workers, which is being backed by the Retail, Wholesale and Department Store Union (RWDSU), is a critical one for the U.S. labor movement that has struggled with declining membership in recent years. It is also a watershed moment for a growing unionizing drive within the tech industry that has long been hostile to organized labor.

“This is the most important election for the working class of this country in the 21st century,” Rep. Levin said, addressing workers in Bessemer. “This is the biggest election in the south in a generation.”

Rep. Sewell, whose district includes Bessemer, likened the fight to the civil rights struggles in the area’s past.

“I know that Amazon workers stand in the same tradition as John Lewis…as those foot soldiers that dare to change the world by having the audacity to stand up for their rights.”

The lawmakers also privately met with workers and organizers from the facility.

“We just want what’s owed to us,” said Kevin Jackson, an Amazon worker at the Bessemer warehouse who attended the meetings. “We want a seat at the table.”

Michael Foster, a lead RWDSU organizer, said workers at the facility reached out to the union for help, not the other way around. “We know we have people walking on egg shells because they have no sense of job security,” he said.

Amazon spokeswoman Heather Knox said she does not believe the RWDSU represents the majority of employees’ views and that Amazon offered “some of the best jobs available everywhere we hire, and we encourage anyone to compare our total compensation package, health benefits, and workplace environment to any other company with similar jobs.”

The vote could also help kickstart a new chapter for the labor movement in the southern states, where unions have long struggled to gain a foothold, labor experts said.

One of the main reasons for this has been fewer job opportunities in the region and political hostility toward unions, said William Gould, a labor law expert at Stanford Law. Gould is also a former chairman of the National Labor Relations Board (NLRB).

“But that is changing because of how companies such as Amazon have really tested the limits of workers’ endurance,” he said, adding that the pandemic had exacerbated existing health and safety issues.

Bessemer, which is about 15 miles (24 km) away from Birmingham, the most populous city in the state, is majority African American – a fact that has also made the fight an important one for several lawmakers.

Levin separately told Reuters Amazon’s policies are “egregious”, especially those such as “trying to force an in-person election in a pandemic hotspot.”

The NLRB decided on Jan. 15 to not allow in-person voting due to safety concerns during the pandemic. Employees will vote through mail-in ballots.

Amazon spokeswoman Knox maintained that “Amazon proposed a safe on-site election process validated by COVID-19 experts that would have empowered our associates to vote on their way to, during and from their already-scheduled shifts.”