Oil prices rose about 2 percent on Wednesday as investors sought bargains after the previous session’s slump.

The upside comes after a cargo container ship that’s among the largest in the world ran aground and blocked the Suez Canal, threatening to disrupt a global shipping system already strained by the coronavirus pandemic.

West Texas Intermediate (WTI) crude futures for May delivery were up 2 percent at $58.95 per barrel, after having lost 6.2 percent in the previous session.

The MV Ever Given, a Panama-flagged container ship that carries trade between Asia and Europe, became grounded Tuesday in the narrow, man-made waterway dividing continental Africa from the Sinai Peninsula.

Despite today’s rebound, underlying sentiment remains cautious due to growing concerns about demand recovery in the wake of new pandemic curbs in Europe.

Germany, France and Italy have expanded virus-related curbs amid a third wave of infections. The head of the World Health Organization said recent increases in deaths and cases represent “truly worrying trends.”

A U.S. health agency said the AstraZeneca vaccine developed with Oxford University may have included outdated information in its data.

The American Petroleum Institute (API) on Tuesday reported an increase in crude oil inventories of 2.9 million barrels for the week to March 19, against analysts’ expectations for a decline of about 300,000 barrels.

5 things to know before the stock market opens Wednesday 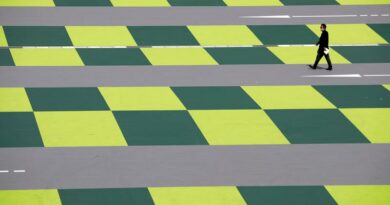 Japan to add Tokyo, other areas to COVID-19 'quasi-emergency' state