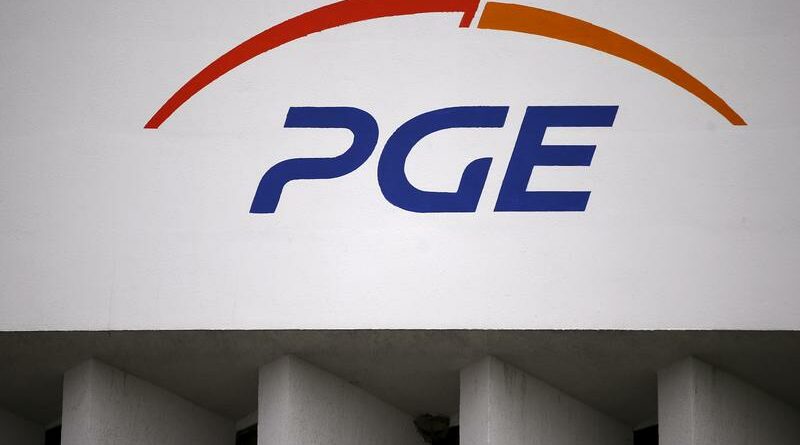 BRUSSELS (Reuters) – The European Commission came under new pressure on Monday from Poland’s biggest power producer PGE and its own advisors, over whether to include gas power in EU rules on sustainable finance.

FILE PHOTO: The logo of PGE Group is seen on PGE Gornictwo i Energetyka Konwencjonalna S.A. (Mining and Conventional Energy) building at the Belchatow Coal Mine, the biggest opencast mine of brown coal in Poland, near Belchatow, December 2 , 2015. REUTERS/Kacper Pempel/File Photo

The European Union’s sustainable finance taxonomy will define which economic activities can be labelled “green” investments – a tool Brussels hopes will incentivise low-carbon finance and rein in greenwashing.

The Commission had hoped to finish the rules last month, but delayed them to April after a draft version triggered a surge of lobbying from EU governments and companies seeking to label gas as green.

The draft rules would have labelled power plants as sustainable if they met an emissions limit of 100g of CO2 equivalent per kilowatt hour – ruling out gas plants unless they used carbon capture technology or switched to low-carbon fuels.

“As a transition technology, gas should be considered environmentally sustainable or at least not seriously harmful,” it said in statement.

PGE generates most of its power from coal, and plans to expand renewables and use gas-fuelled power as a transition fuel on the way to becoming climate neutral by 2050.

Separately, a group of Commission advisors on Monday sent a statement to EU leaders asking them to not cave in to “pressure” to weaken the draft rules for gas, which they said were based on climate science and aligned with the EU’s targets to cut planet-warming emissions.

“Unabated gas has no long term future as an energy source in the EU and elsewhere, especially as methane leaks are much higher than previously thought,” said the statement, signed by representatives of six groups who sit on the Commission’s panel of advisors – including the Climate Bonds Initiative, Climate-KIC and WWF – plus NGOs including Bellona.

Gas produces roughly half the CO2 emissions of coal when burned in power plants, and far lower air pollution. However, there are growing concerns that associated leaks of methane from gas infrastructure could cancel out any benefits.

'Give the Democratic Darling a run for her money': Tomi Lahren backs AOC challenger