Home » Markets » Seadrill asks creditors to write off more than 85% of its debts, filing shows

Markets
04/03/2021 Banking, Bankruptcy, SEADRILL, US
FILE PHOTO: The SEADRILL 3, the first of four oil rigs that Keppel FELS was building for the same customer, is seen in Singapore in this April 21, 2006 file photo. REUTERS/Luis Enrique Ascui/File Photo

OSLO (Reuters) -Offshore drilling rig contractor Seadrill has asked creditors to write off more than 85% of its debts in exchange for a 99% stake in the reorganized company, a court filing showed.

The Oslo-listed firm controlled by Norwegian-born billionaire John Fredriksen in February filed for Chapter 11 bankruptcy protection in the United States, the second time it has done so in four years.

Seadrill has in the past year written off billions of dollars worth of assets due to a bleak outlook for the oil sector, and warned in March it expected offshore drilling demand to remain depressed well into 2021.

According to the latest restructuring proposal, first reported by Norwegian business daily Finansavisen on Saturday and seen by Reuters, the company could emerge from bankruptcy proceedings by September with $750 million in total debt and $300 million in fresh capital.

At the end of 2020, the company’s interest-bearing debt stood at $6.2 billion, including $5.7 billion in secured credit facilities and $515 million in secured notes due 2025, according to its annual report published on March 19.

Seadrill also said in its proposal it expected to raise a net $26 million by selling some of its rigs for scrap. The company said last year it could scrap up to 10 rigs out of the 34 it owns.

Current shareholders would end up with a stake of just 1% in the reorganized company, provided unsecured creditors and shareholders vote in support of the transaction, Seadrill added.

Fredriksen held 27.1% in Seadrill as of Feb. 28, according to the company’s annual report.

Seadrill and its creditors are expected to update the U.S. bankruptcy court in Houston about their negotiations on April 15.

How to Hedge the U.S. Election 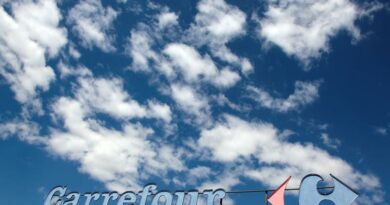 Bid to stamp out ‘hidden’ and ‘unfair’ terms from insurance