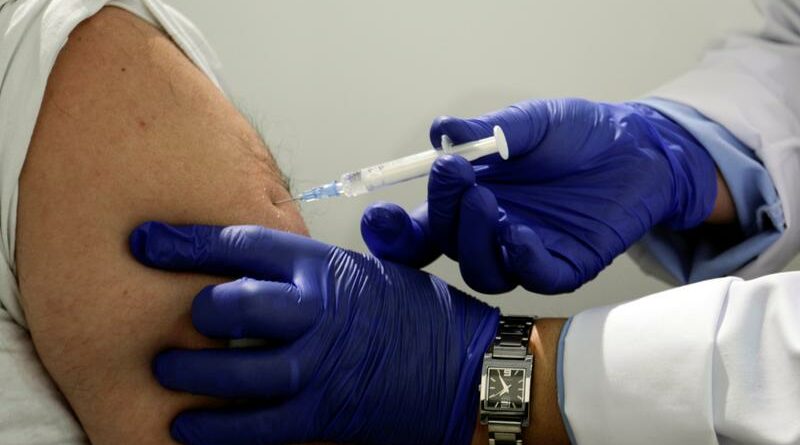 PRAGUE (Reuters) – Slovakia’s drug watchdog said it has not received sufficient information from the maker of Russia’s Sputnik V coronavirus vaccine to be able to decide on its benefits and risks for people.

The surprise purchase of 200,000 doses of the Sputnik V vaccine last month, even though the European Union’s medicines agency has not approved it for use, forced the resignation of Prime Minister Igor Matovic.

But not one dose has been administered while Slovak authorities continue to evaluate the efficacy and safety of the shot.

National drug agency SUKL said it had examined documentation, inspected production facilities and completed 11 of 14 planned lab tests, with the remaining three not essential to conclusions.

“On March 30, 2021, the agency officially sent an evaluation report to the Health Ministry, in which it stated that it was not possible to make a conclusion on the balance of benefits and risks of the Sputnik V vaccine,” SUKL said in an emailed response to Reuters questions.

That was “due to an amount of missing data from the producer, inconsistency of dosage forms, and (the) impossibility of mutually comparing batches used in various studies and countries,” the email said.

SUKL did not specifically answer a request to respond to a report in Slovak newspaper www.dennikn.sk that the Slovak batch of Sputnik V was not identical to one used in a trial whose results were published in the Lancet magazine in February, which Slovak experts have used as an argument for using the vaccine.

A statement shared on the official Sputnik V Twitter account read: “Reports that somehow the Sputnik V vaccine in Slovakia is different from Sputnik V in clinical trials, citing anonymous sources, are fake.

“Unfortunately, we also expect additional fake news and provocations from enemies of Sputnik V in Slovakia who try to undermine the vaccine,” the statement said.

The Russian Health ministry, which supervises the Gamaleya Institute that developed the Sputnik V shot, did not immediately respond to a request for comment.

The Slovak Health Ministry had authorised a therapeutic usage of the vaccine as an unregistered drug, but also asked SUKL to evaluate the product and has not begun vaccinations.

Given serious delays in EU-wide orders of vaccines, Matovic planned to make Slovakia the second EU country after Hungary to start using the vaccine, despite the lack of clearance from the EU medicines agency EMA.

But he acted behind the back of his coalition partners in ordering Sputnik, including the foreign minister who said Russia was using the vaccine as a hybrid war weapon. Matovic was forced to step down in an ensuing coalition crisis.

Matovic had said Slovakia ordered 2 million doses, a substantial amount for a country of 5.5 million people. No further shipments since the initial batch have arrived, although Matovic had said a further 400,000 were due in March.

The Health Ministry said it was waiting for the remaining laboratory tests. It declined to respond to further questions.