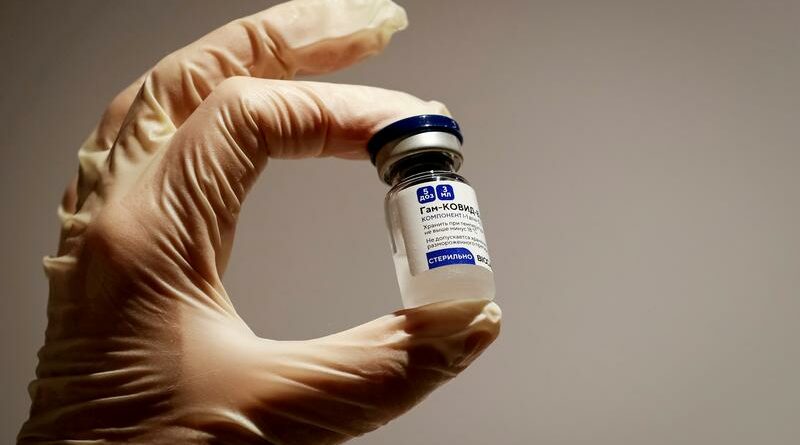 PRAGUE (Reuters) -Slovakia’s drug agency said on Thursday that makers of Russia’s Sputnik V vaccine had failed to provide requested data on shipments that it said differed from those reviewed by the European Medicines Agency (EMA) and medical journal The Lancet.

FILE PHOTO: A medical specialist holds a vial of Sputnik V vaccine against the coronavirus in a department store in Moscow, Russia, January 18, 2021 REUTERS/Shamil Zhumatov

The drug agency SUKL also reiterated that it could not determine the benefits and risks of the vaccine. Slovakia imported 200,000 doses of Sputnik V last month but has not started administering it. [L8N2LZ4JA]

Slovakia, badly hit by a surge in COVID-19 infections in recent months, had wanted to accelerate vaccinations even if that meant using vaccines not registered in the European Union, a step some other EU nations have also been considering.

The differences and data shortcomings identified by SUKL highlighted issues that others may also face with Sputnik V.

“A substantial part of the data, approximately 80%, was not supplied even after repeated requests,” it said.

SUKL said the dosage form of the drug – the way the medicine is presented, such as in a solution – differed from the product under review by the EMA.

It said the batches sent to Slovakia also showed different characteristics from those used in studies published in the Lancet magazine, which had been cited by Slovak experts who backed the purchases.

The Russian Direct Investment Fund (RDIF), which markets the Sputnik V shot abroad, did not immediately respond to a request for comment. Russia’s health ministry, which oversees the Gamaleya Institute that developed the shot, was also not immediately available to comment.

A statement shared on the official Sputnik V Twitter account on Wednesday said reports that the vaccine sent to Slovakia was different from that used in clinical trials were “fake”.

Slovak Finance Minister Igor Matovic, who arranged the Sputnik V purchase in his previous role as prime minister, was due to meet RDIF chief Kirill Dmitriev in Moscow on Thursday to resolve supply issues, the ministry said.

Matovic was forced to quit as prime minister in an internal Slovak political row following the Sputnik V deal.

Slovakia’s Health Ministry has said it expects to announce next week further steps on use of Sputnik V.