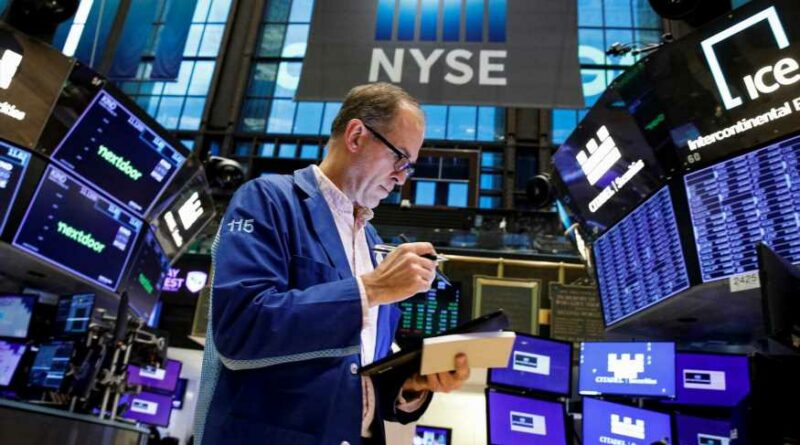 U.S. stock futures were steady in overnight trading on Sunday as investors prepared to start the week after the S&P 500 broke a five-week winning streak.

Stocks are coming off a losing week after last month's consumer price index made its largest annual increase in more than three decades. The major averages snapped a five-week winning streak.

October's CPI jumped 6.2% from a year ago, well above the 5.9% estimate from economists polled by Dow Jones. The index, which tracks a basket of consumer products, increased 0.9% on a month-over-month basis, also hotter than expected.

Treasury yields rose, as investors bet the Federal Reserve may be forced to raise interest rates sooner than expected to combat inflation.

Also denting sentiment was a report that workers left their jobs in record numbers in September, with 4.43 million people quitting, the Labor Department reported Friday. The exodus occurred as the U.S. had 10.44 million employment openings that month, according to the report.

Investors will be focused on Tuesday's retail sales report and several major retailers' earnings this week. Walmart and Home Depot release results on Tuesday, and Target and Lowe's report on Wednesday.

On Monday, President Joe Biden will host a bipartisan bill signing ceremony for the Infrastructure Investment and Jobs Act.