US economy not at recession risk ‘anytime soon’: Portfolio manager

Stock futures slipped Wednesday morning as investors expressed skepticism over the strength of the U.S. economy.

The small losses come a day after the Nasdaq notched a fourth straight close in record territory as the Dow and the S&P 500 posted modest losses. Markets have been on shaky ground after Friday’s underwhelming August jobs report.

Investors will get another glimpse into the health of the economy Wednesday when JOLTS job openings and the Federal Reserve’s Beige Book are released.

In stocks, PayPal Holdings Inc. has agreed to buy Japan-based buy now, pay later company Paidy in a $2.7 billion deal that is made up mostly of cash.

Coinbase Global Inc. was last week informed by the U.S. Securities and Exchange Commission that it could sue the crypto exchange over its interest-earning product called Coinbase Lend, the company disclosed in a blog post Tuesday evening. The product’s launch has been delayed until at least October.

Coty Inc. was sharply lower after the company priced a 50 million-share secondary offering by private-equity firm KKR at $8.53 per share.

GameStop Corp. is set to release its quarterly results after Wednesday’s closing bell. 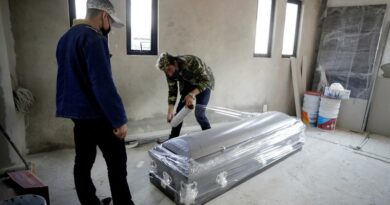 Factbox: Latest on worldwide spread of the coronavirus 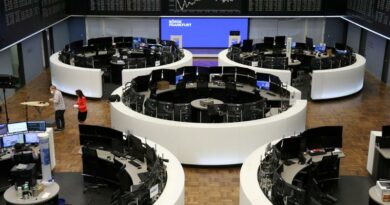 European stocks rise as earnings lift sentiment ahead of Fed