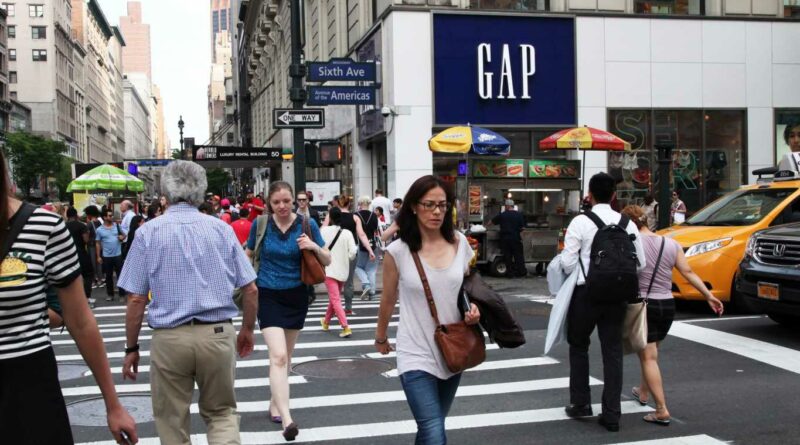 Check out the companies making headlines in midday trading.

Activision Blizzard — The video game company tumbled more than 15% despite reporting better-than-expected quarterly earnings of 72 cents per share, compared to analysts' estimates of 70 cents. It also reported revenue of $1.88 billion, right in line with analysts' expectations.

Zillow — Shares of the digital real estate company tanked 23% after the company said on Tuesday that it's shuttering its homebuying unit, called Offers. Zillow is also eliminating 25% of its workforce as it exits that business. Zillow also missed on the top and bottom lines of its quarterly results.

Bed Bath & Beyond — Shares of the home furnishings retailer continued their rally, jumping about 22% after the company announced various strategic changes to speed up growth on Tuesday evening, including a partnership with Kroger, the largest grocery chain in the U.S. Kroger shares are up more than 4%.

Cameco Corp — Shares of the uranium mining company jumped 8.1% after Bank of America upgraded the stock to a buy. The firm said shares, which have more than doubled this year, will continue to rise on the back of strength in the metal. Nuclear power's role in decarbonization is being revaluated, which has lifted uranium stocks this year.

Gap — Gap shares gained more than 5% after it reached an agreement in which Italian retailer OVS will buy all of Gap's 11 store locations in Italy, according to a presentation from OVS. The deal will "allow Gap to operate its business through a more capital efficient partner model," the companies said in a statement Wednesday. Terms of the deal weren't disclosed.

T-Mobile US — Shares of T-Mobile rose 5.6% after the telecom company posted a stronger-than-expected profit for the previous quarter. T-Mobile reported diluted earnings of 55 cents a share, topping a Refinitiv forecast of 53 cents per share. However, the company's revenue came in at $19.62 billion. Analysts expected sales of $20.19 billion, according to Refinitiv.

Generac — Generac shares slipped more than 7% after both Bank of America and UBS downgraded the stock to a neutral rating. The calls follow Generac reporting lower-than-expected sales during the most recent quarter. "The long-term outlook remains excellent and demand for most of Generac's products is still booming, but supply chain constraints have finally started to bite as they have for everyone else," Bank of America wrote in a note to clients.

CVS Health Corp — Shares of CVS gained more than 5% after the drugstore chain and health insurer beat Wall Street expectations for third-quarter earnings and hiked its outlook for the year. The company posted adjusted earnings of $1.97 per share on revenue of $73.79 billion, versus the Refinitiv consensus of $1.78 in profit per share on revenue of $70.49 billion. CVS reported Covid-19 tests and vaccines boosted sales.

Deere & Co — The machinery maker fell about more than 4% after production employees on strike at 12 of its plants turned down a tentative contract offer agreed to by their negotiators earlier in the week. The strike has lasted about three weeks.

Lyft — Shares of the ride-sharing company jumped more than 7% after its better-than-expected quarterly report. Lyft posted adjusted earnings of 5 cents per share in the third quarter, versus a loss of 3 cents per share expected, according to Refinitiv. The company also beat on revenue and said drivers are coming back, though it missed estimates of active riders. 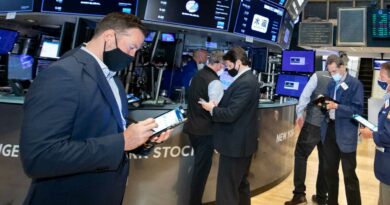 Stock futures are lower after muted start to June 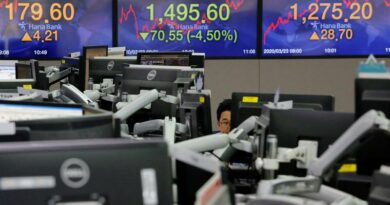