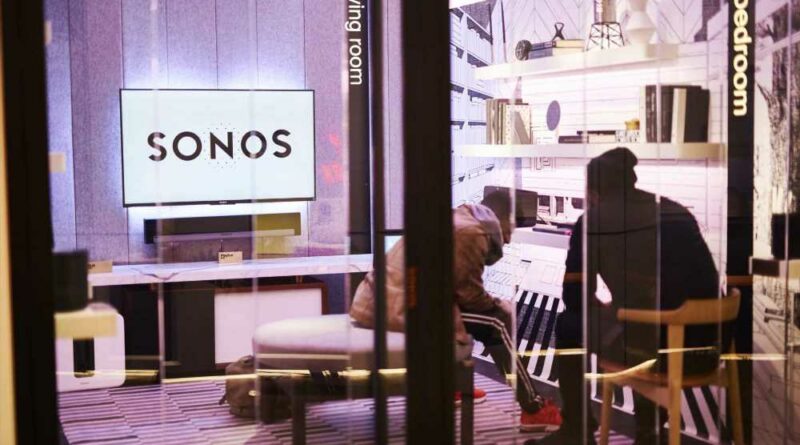 Check out the companies making headlines in midday trading.

Sonos — Shares of the smart home sound system manufacturer jumped 1.6% after David Einhorn's Greenlight Capital said it increased its bet on the company, calling Sonos a "bright growth story." In a letter to investors obtained by CNBC, the hedge fund manager revealed that his firm expanded what was a small position in Sonos "to a size that makes it worthwhile to discuss."

Ford – Shares of the automaker jumped 3.6% after Credit Suisse upgraded the stock to outperform from neutral. "In the past year, we've seen a significant turnaround underway at Ford," the analyst said. "It has ended its cycle of quarterly earnings disappointments, and its transition to an EV/digital world has sharply accelerated."

ProShares Bitcoin Strategy ETF – The bitcoin futures ETF gained about 4% in its second day of trading as the price of bitcoin rallied to an all-time high. The fund tracks contracts speculating on the future price of bitcoin.

Anthem — Shares of the insurance company popped more than 7% in midday trading after Anthem reported better-than-expected quarterly results. Anthem earned $6.79 per share, topping estimates by 42 cents, according to Refinitiv. Anthem made $35.55 billion in revenue, higher than the forecast $35.3 billion.

Novavax — Novavax shares sank 11% after a Politico report said the drugmaker is having challenges meeting regulators' quality standards for its Covid vaccine.

Brinker International – Shares of the Chili's parent dipped more than65% after the company warned about the impact of higher labor and commodities costs, saying its margins will be hit. "The Covid surge starting in August exacerbated the industry-wide labor and commodity challenges and impacted our margins and bottom line more than we anticipated," CEO Wyman Roberts said in a statement. The company will report full quarterly results on Nov. 3.

Winnebago – Winnebago's stock rose 0.1% despite the company beating top- and bottom-line estimates during its fiscal fourth quarter. The RV maker earned $2.57 per share excluding items on $1.04 billion in revenue.

Abbott Laboratories — Shares of the pharmaceutical company rose nearly 2.5% in midday trading after beating on the top and bottom lines of its quarterly results. Abbott earned an adjusted $1.40 per share, topping estimates of 95 cents per share, according to Refinitiv. Revenue came in at $10.93 billion, higher than the forecast $9.56 billion.

Signature Bank — Shares of New York-based Signature Bank rose 4.1% after the company beat quarterly earnings expectations. The bank reported earnings of $3.88 per share versus the StreetAccount consensus of $3.72 per share.

WD-40 — Shares of the lubricant maker sank 7.9% after missing on the top and bottom lines of its quarterly results. CEO Garry Ridge said the pandemic had created abnormal swings in the company's sales results.

Tegna — Shares of Tegna rose more than 4% following a Bloomberg report that media mogul Byron Allen has received additional backing for his $23 per share offer for the TV broadcasting company.

The Most Profitable Trade: ‘Oil All Over the Oceans Right Now’