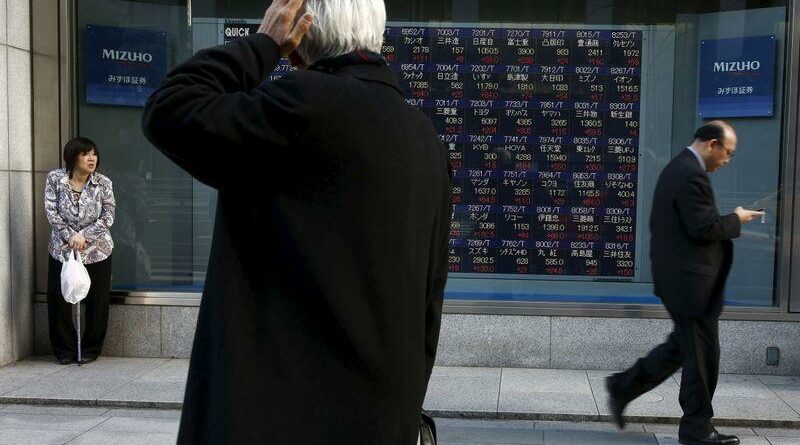 SINGAPORE (Reuters) – Asian stocks rallied on Thursday, bonds nursed losses and oil held onto sharp gains as investors seemed to set aside virus jitters for now and looked ahead to the European Central Bank for reassurance that policy support will continue for some time.

A man looks at an electronic board showing market indices outside a brokerage in Tokyo, Japan, March 2, 2016. REUTERS/Thomas Peter/Files

MSCI’s broadest index of Asia-Pacific shares outside Japan followed Wall Street higher and rose 1% with broad gains from Sydney to Seoul and Hong Kong. Japanese markets are closed until Monday.[.AX][.KS][.HK]

There was no obvious catalyst for the recent rebound in stocks, or the drawdown on Friday and Monday, though a study on Wednesday showed both Pfizer and AstraZeneca vaccines were effective against the Delta coronavirus variant.

“Every now and then investors look for reasons to take some profits off and that’s what we saw,” said Jun Bei Liu, portfolio manager at Tribeca Investment Partners in Sydney.

“The market suddenly became worried about the delta variant and how it might affect the path to recovery,” she said. “But what we have compared with 12 months ago is quite a few viable vaccines…eventually we will be coming out of this and we are much closer to the end than we were 12 months ago.”

Still, unlike Wall Street, most Asian indexes struggled to recoup early-week losses as Asia contends with burgeoning outbreaks in unvaccinated populations and as nerves persist around China’s regulatory crackdown on technology firms.

Shares in heavily-indebted Chinese property developer Evergrande rebounded about 11% in Hong Kong after it said it had resolved legal disputes with a lender.

“The dollar has been trading on the front foot regardless of the risk sentiment swings in recent days,” Westpac analysts said in a note, supported by the view that high inflation could drive U.S. rate rises.

A shift to a more structurally dovish European Central Bank should cement the dollar index at higher levels, the analysts said, with a test of the year’s highs likely this quarter.

With a mostly bare data calendar on Thursday the European Central Bank’s policy-setting decision, due at 1145 GMT, and the subsequent press conference from President Christine Lagarde are the main focus for markets.

Lagarde infused traders with a sense of anticipation after flagging an adjustment to the bank’s rates guidance to reflect a new and more flexible inflation-targeting strategy.

“To really enforce their credibility, the ECB could tie their rate path to an explicit calendar date – i.e. no rate hike until late 2024,” said Luke Suddards, a strategist at brokerage Pepperstone. “That would be a dovish surprise for FX markets and put pressure on euro crosses.”

Rates markets idled in Asia, with trade thinned by Tokyo’s holiday, following a sell-off in Treasuries overnight that left the yield on the benchmark 10-year U.S. government debt at 1.2884%. [US/]

Investors have one eye on a brewing partisan showdown in Washington over the U.S. debt ceiling, as the U.S. Treasury is projected to exhaust its borrowing authority in October, which put upward pressure on short-end rates overnight.

In commodity markets, oil hung on to most of Wednesday’s sharp price rise, its biggest one-day gain in three months. Brent crude futures were last 0.4% softer at $71.94 a barrel, but had gained more than 4% on Wednesday. [O/R]

Gold was steady at $1,801 an ounce and cryptocurrencies were firm after bouncing from lows when Tesla boss Elon Musk said the carmaker would likely restart accepting bitcoin payments after due diligence on its energy use. 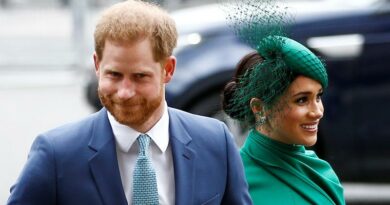 Prince Harry and Meghan to break silence in Oprah interview