MOSCOW (Reuters) – A Russian health official said on Tuesday a third wave of coronavirus infections was emerging in the country, which has recorded more than 4.5 million cases since the start of the pandemic.

President Vladimir Putin said last week he expected Russia to reach herd immunity and lift pandemic-related restrictions by the end of the summer. Some regions have already begun easing some curbs.

“Unfortunately, the incidence rate and the progression of the disease allow us to speak of a third wave of coronavirus infections,” TASS news agency quoted Deputy Health Minister Tatiana Semyonova as saying.

Russia started a mass vaccination campaign in December. Putin said last week that 4.3 million people in the country of around 145 million had so far received two shots of a vaccine.

Russia on Tuesday reported 8,277 new coronavirus cases in the previous 24 hours, including 1,291 in Moscow. The country also reported 409 deaths, raising the official toll to 98,442.

Treasuries Extend Downward Trend Amid Signs Of Progress On Stimulus 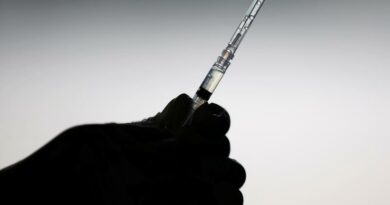 Mexico gets shipment of million vaccine doses from China's Sinovac