After an initial move to the downside, treasuries moved higher over the course of the trading session on Wednesday.

Bond prices climbed well off their early lows before spending much of the day hovering in positive territory. As a result, the yield on the benchmark ten-year note, dipped by 2.4 basis points to 1.133 percent.

The turnaround by treasuries came following the release of a report from the Labor Department showing tame consumer price inflation in the month of January.

The Labor Department said its consumer price index rose by 0.3 percent in January after edging up by a revised 0.2 percent in December.

Economists had expected consumer prices to climb by 0.3 percent compared to the 0.4 percent increase originally reported for the previous month.

The consumer price growth was primarily due to the continued jump in gasoline prices, which soared by 7.4 percent in January after surging up by 5.2 percent in December.

Compared to the same month a year ago, consumer prices in January were up by 1.4 percent, unchanged from the annual growth seen in December.

Meanwhile, the annual rate of growth in core prices slowed to 1.4 percent in January from 1.6 percent in the previous month.

“Looking ahead, inflation is poised to rise above 2% in the spring, but this will be driven largely by easy base effects and should be transitory,” said Kathy Bostjancic, Chief U.S. Financial Economist at Oxford Economics.

She added, “Thus, the Federal Reserve should patiently look past this increase and delay rate liftoff until mid-2023 and QE tapering until 2022.”

In remarks later in the day, Federal Reserve Chair Jerome Powell said maintaining “patiently accommodative monetary policy” will be important to returning to a strong labor market but argued more needs to be done.

“It will require a society-wide commitment, with contributions from across government and the private sector,” Powell said during remarks at a virtual Economic Club of New York event.

He added, “I am confident that with our collective efforts across the government and the private sector, our nation will make sustained progress toward our national goal of maximum employment.”

Meanwhile, traders largely shrugged off the results of the Treasury Department’s auction of $41 billion worth of ten-year notes, which attracted modestly below average demand.

The bid-to-cover ratio is a measure of demand that indicates the amount of bids for each dollar worth of securities being sold.

On Thursday, the Treasury is due to announce the results of this month’s auction of $27 billion worth of thirty-year bonds.

Trading on Thursday may also be impacted by reaction to the Labor Department’s report on weekly jobless claims, with claims expected to show a continued decrease.

UK will honour its word on immigration to those eligible in Hong Kong, says Raab 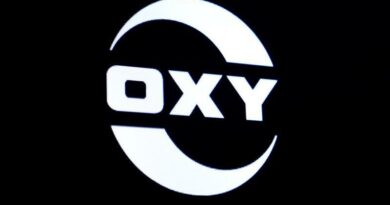