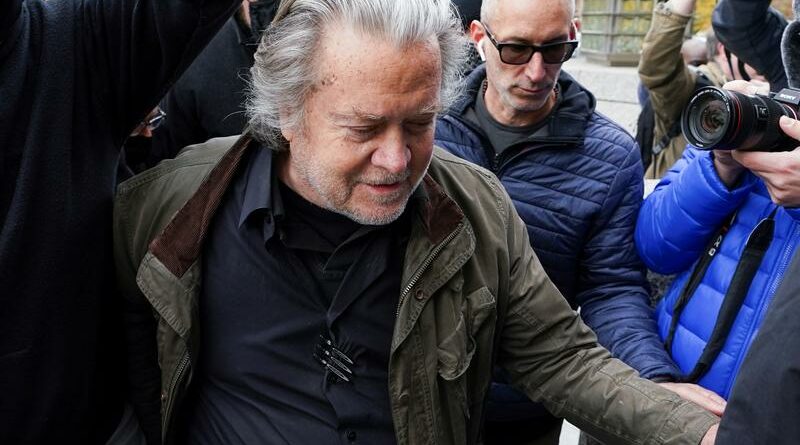 “We’re taking down the Biden regime,” Bannon told a throng of journalists as he arrived at an FBI field office in the U.S. capital, as a demonstrator standing behind him held up a sign that read “Coup Plotter.”

A federal grand jury on Friday indicted Bannon on one count of contempt of Congress for refusing to appear for a deposition before the U.S. House of Representatives Select Committee investigating the events surrounding the Jan. 6 attack and a second contempt count for refusing to produce documents.

Bannon, the first person to face criminal charges in the congressional investigation, is expected to make his initial appearance in federal court later on Monday before Magistrate Judge Robin Meriweather.

In comments aimed at his supporters, Bannon looked directly into a camera that was live-streaming on the social media website GETTR.

“I want you guys to stay focused,” added Bannon, who wore a olive-green coat over black clothing and was accompanied by body guards dressed in black including black face masks. “… This is all noise.”

Contempt of Congress is a misdemeanor punishable by up to one year in jail and a maximum fine of $1,000, the Justice Department said.

Bannon is one of more than 30 people close to Trump who have been ordered by the House committee to testify about the run-up to Jan. 6, when a mob of Trump supporters stormed the Capitol in a failed attempt to prevent formal congressional certification of Trump’s election loss to Biden.

Trump has sought to stonewall the committee, which is scrutinizing his actions relating to the riot, and directed his former associates not to cooperate. In defying his subpoena, Bannon cited Trump’s insistence – already rejected by one judge – that he has a right to keep the requested material confidential under a legal doctrine called executive privilege here.

House investigators hope the charges against Bannon will motivate other witnesses including former White House Chief of Staff Mark Meadows to testify.

Bannon, a prominent figure in right-wing media circles, was an architect of Trump’s 2016 presidential victory and later served as White House chief strategist. The former Goldman Sachs Group Inc banker and Navy veteran has promoted right-wing causes and candidates in the United States and abroad.

GETTR is a social media platform founded by Trump ally Jason Miller. During his comments, Bannon also touted his own podcast.

Bannon separately was charged last year with defrauding donors to a private fund-raising effort to boost Trump’s pledge to build a wall on the U.S.-Mexican border. Trump pardoned Bannon before the case could go to trial.

Trump said in a statement on Sunday: “This Country has perhaps never done to anyone what they have done to Steve Bannon and they are looking to do it to others, also.”

Democrat Adam Schiff, chairman of the House Intelligence Committee and a member of the Jan. 6 panel, said he believes Bannon’s indictment will sway others to drop their defiance. Schiff reiterated the select committee’s threat to pursue contempt charges against Meadows but said the panel wants to have the strongest possible case.

The committee has said Bannon made public statements suggesting he knew in advance about “extreme events” that would occur on Jan. 6. Bannon said on a Jan. 5 podcast that “all hell is going to break loose tomorrow.”

Before the Jan. 6 riot, Trump gave a speech to supporters rallying near the White House repeating his false claims that the election was stolen through widespread voting fraud and urging them to go to the Capitol and “fight like hell” to “stop the steal.” 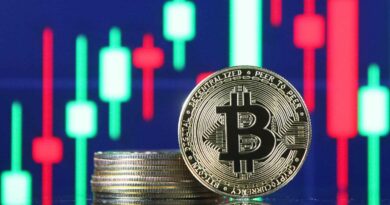