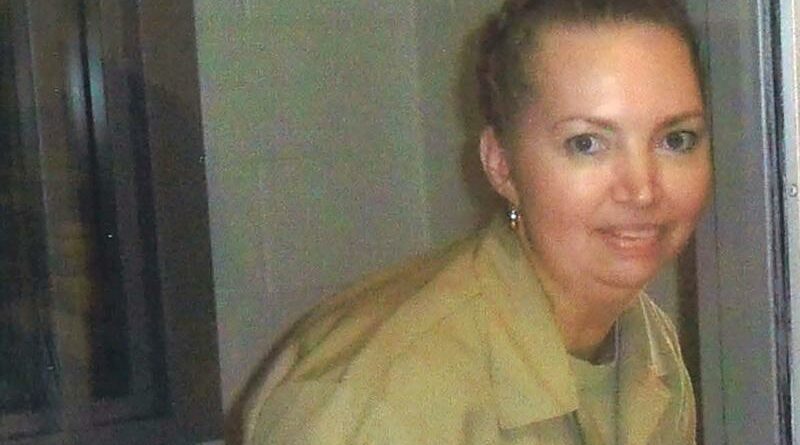 (Reuters) – A federal judge in Indiana blocked Tuesday’s scheduled execution of convicted murderer Lisa Montgomery, the only woman on federal death row in the United States, to allow a hearing on whether she is too mentally ill to be put to death.

It is one of three executions the U.S. Department of Justice had scheduled for the final full week of Republican President Donald Trump’s administration. Democratic President-elect Joe Biden takes office on Jan. 20, and he says he will seek to abolish the federal death penalty.

The Justice Department has appealed the Indiana ruling, which came down late on Monday evening, to the 7th U.S. Circuit Court of Appeals in Chicago.

Montgomery, 52, had been scheduled to be killed by lethal injection at 6 p.m. EST (2300 GMT) on Tuesday at the Justice Department’s execution chamber at its prison in Terre Haute, Indiana.

She was convicted in 2007 in Missouri for kidnapping and strangling Bobbie Jo Stinnett, then eight months pregnant. Montgomery then cut Stinnett’s fetus from the womb. The child survived.

In the Indiana ruling, U.S. District Judge James Patrick Hanlon granted a stay to allow the court to conduct a so-called competency hearing. The U.S. Supreme Court holds that executing an insane prisoner breaches a constitutional ban on “cruel and unusual” punishments.

Doctors who have examined her and her lawyers told the court in Indiana that Montgomery has brain impairments and bipolar disorder, among other mental illnesses.

She has auditory hallucinations, has expressed uncertainty about whether the child of the woman she killed was really her own, and has said that God speaks with her through connect-the-dot puzzles, according to court filings.

Justice Department lawyers countered with transcripts of Montgomery’s prison phone calls they said showed she understood her execution date was drawing near.

“While this evidence certainly shows that Ms. Montgomery understands that she is supposed to be executed soon, it does not demonstrate that she rationally understands the ‘meaning and purpose of the punishment,’” Judge Hanlon wrote in his ruling.

Montgomery’s lawyers asked for Trump’s clemency last week, saying she committed her crime after a childhood in which she was abused and repeatedly raped by her stepfather and his friends, and so should instead face life in prison.

Federal executions had been on pause for 17 years and only three men had been executed by the federal government since 1963 until the practice was resumed last year under Trump, whose outspoken support for capital punishment long predates his entry into politics.

His administration executed 10 people last year. It was the first time the federal government conducted more executions than all U.S. states combined, according bit.ly/3nCBdB0 to a database compiled by the Death Penalty Information Center, a nonprofit Washington-based group.

Gundlach sees 75% recession chance, has a warning about the corporate bond market