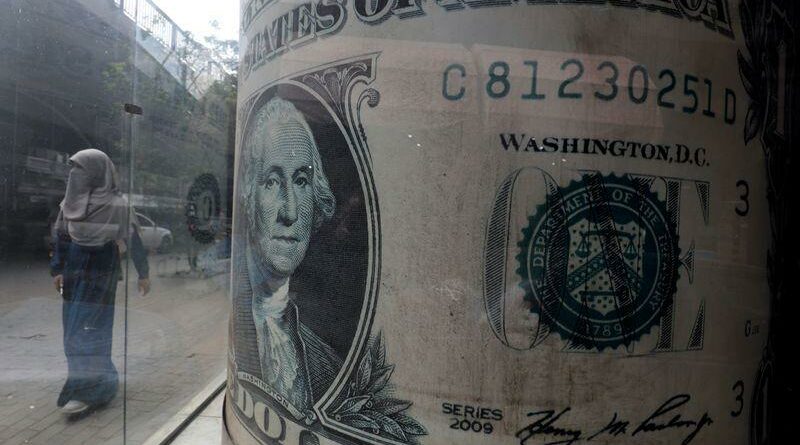 NEW YORK (Reuters) – The safe-haven U.S. dollar, yen and Swiss franc rose on Monday as investors grew nervous about a raging coronavirus variant that could threaten the outlook for a global economic recovery.

A woman wearing a full veil (niqab) walks in front of a currency exchange bureau advertisement showing an image of the U.S. dollar in Cairo, Egypt March 17, 2020. REUTERS/Amr Abdallah Dalsh/Files

The three currencies firmed as benchmark U.S. 10-year Treasury yields dropped to a more than five-month low of 1.176%.

The greenback climbed to a more than three-month peak against a basket of major currencies, but has come off its highs as the yen and Swiss franc advanced with the decline in risk appetite.

The U.S. dollar though remained sharply higher against risk-sensitive currencies such as the Australian, Canadian and New Zealand dollars.

The yen climbed to its highest in 1-1/2 months versus the dollar.

The Delta variant of COVID-19 is now the dominant strain worldwide, accompanied by a surge of deaths around the United States almost entirely among unvaccinated people, U.S. officials said on Friday.

“The wall of worry is being built,” said Christopher Vecchio, senior analyst at DailyFX.com, the research unit of forex broker IG. “Lower equities, lower yields, strength in the Japanese yen and the U.S. dollar all amount to a significant risk-off impulse in markets.”

In afternoon trading, the dollar index, which measures the greenback’s value against six major currencies, rose to its highest since April 5. It was last up 0.2% on the day at 92.855.

As a result of global uncertainty related to the coronavirus variant, U.S. rates markets have also reduced their expectations on Federal Reserve tightening in 2022 and 2023.

Fed funds futures, which track short-term rate expectations, showed the chances of a quarter-point hike by the Fed in December 2022 dropped to 58% on Monday from 90% on July 13, when the consumer price index was released. The likelihood that the Fed raises rates in January 2023 fell to 70% from 100% last Tuesday.

The dollar was also firmly higher against commodity currencies. It rose more than 1% against the Canadian dollar to C$1.2759. The Aussie dollar dropped 1% versus the greenback to US$0.7328, while the New Zealand dollar fell 0.9% to US$0.6932.

The yen surged on Monday, rising to its highest since late May, which pushed the greenback lower and was last down 0.6% at 109.44 yen.

The pound was down 0.7% at $1.3671 after UK Health Minister Sajid Javid announced over the weekend he tested positive for COVID-19 and was in self-isolation. That forced Prime Minister Boris Johnson and Finance Minister Rishi Sunak into quarantine, pushing sterling down to a three-month trough against the dollar earlier in the session. [GBP/] 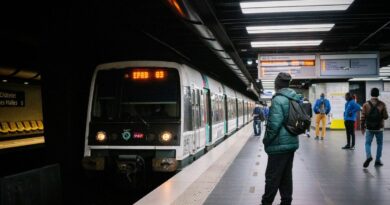