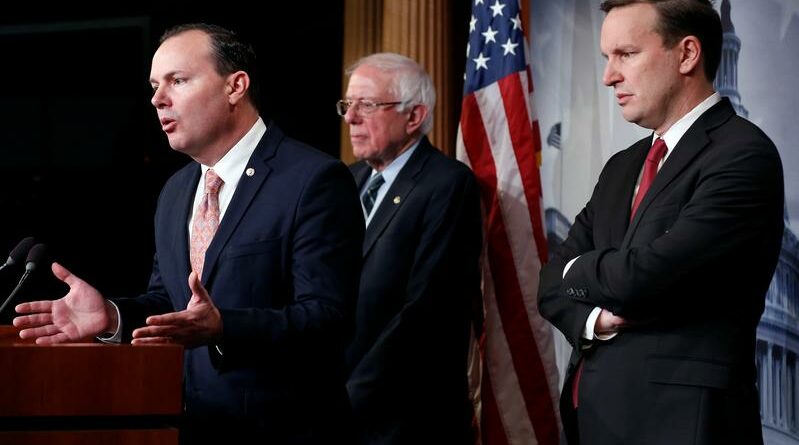 WASHINGTON (Reuters) – Three U.S. senators who have campaigned to clamp down on foreign weapons sales and pare back military action without congressional approval will introduce their broadest effort yet on Tuesday to claw back war powers from the White House.

“More than ever before, presidents are sending men and women into battle without public debate, and making major policy decisions, like massive arms sales, without congressional input,” Murphy said in a statement.

The bill is the latest in a series of efforts by lawmakers to cut back on big weapons sales to countries in volatile regions and push both Republican and Democratic presidents to end support for countries involved in conflicts devastating to civilians such as the civil war in Yemen.

Efforts to repeal Authorizations for the Use of Military Force, or AUMFs, first enacted decades ago for conflicts in Iraq and Afghanistan, are also making their way through Congress.

The Senate and House passed legislation sponsored by Lee, Murphy and Sanders in 2019 to end U.S. support for Saudi Arabia’s involvement in the conflict in Yemen, but it did not survive then-President Donald Trump’s veto.

A path forward for the new legislation was not immediately clear. It would need to pass both the Senate and House of Representatives and be signed by President Joe Biden to become law.

Representative Jim McGovern, the Democratic chairman of the powerful Rules Committee, is backing a companion measure in the House.