The debut by Endeavor, parent company of the popular UFC mixed martial arts organization, was its second attempt to go public after it abandoned plans to float its shares just a day before a planned 2019 initial public offering due to lackluster demand.

“We re-engaged, strategized and re-segmented the company, and I think we have a cleaner and simpler narrative driven by an incredible roster of institutional investors who are extremely strategic,” Endeavor President Mark Shapiro said in an interview.

The Miss Universe pageant, a professional bull-riding circuit and Hollywood star and former professional wrestler Dwayne “The Rock” Johnson are all part of the Endeavor group, along with the Ultimate Fighting Championship promotion.

Shares of the Beverly Hills, California-based company closed at $25.2, above its $24 per share IPO price on Wednesday. The stock had opened at $27.

The company’s listing comes in the middle of a bull run in U.S. capital markets, where a number of richly valued startups such as cryptocurrency exchange Coinbase Global and South Korea’s Amazon equivalent Coupang have gone public.

Endeavor, which recently named Tesla Inc chief Elon Musk to its board, caters to a star-studded client base, including Johnson, actor Mark Wahlberg and tennis stars Serena Williams and Maria Sharapova through its talent agency WME.

It has also financed movies including “La La Land” and “Just Mercy.”

Following the listing, Endeavor plans to buy the remaining 49.9% stake in the UFC from private-equity firms KKR and Silver Lake. It bought the controlling stake from casino moguls Frank and Lorenzo Fertitta in 2016.

“Bringing the UFC in full ownership is something that is clearly resonating with the market,” Shapiro said. 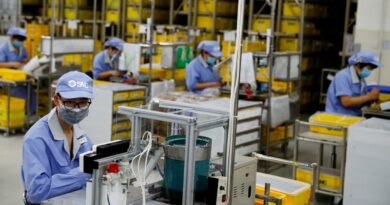