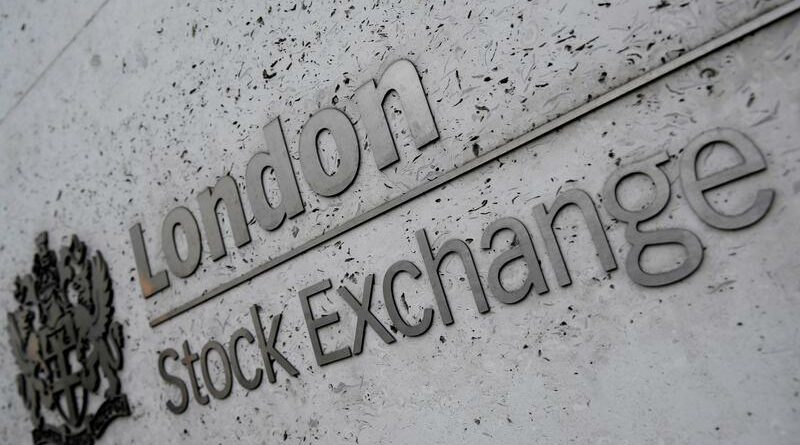 (Reuters) -British mid-cap stocks tumbled to two-month lows on Friday, with shares in pub operator Wetherspoon and electrical goods retailer AO World slumping after they warned of a hit to earnings from supply chain disruptions and a staffing crunch.

The blue-chip FTSE 100 index fell 1%, with oil and mining stocks, financials and retailers among the worst performers.

The domestically focussed mid-cap index dropped 0.9% and was set to record its worst week since October last year, hit by declines in travel and leisure stocks.

AO World fell 17.6% after first-half revenue was hit by a shortage of delivery drivers, while Wetherspoon dropped 1.2% on a near doubling of its annual losses due to COVID-19 restrictions.

“I think it [AO World and Boohoo] may have played a part in concerns that the supply constraints are starting to weigh on economic activity and so it may have played a role in the general mood that we’ve seen recently,” said Franziska Palmas, market economist at Capital Economics.

On Thursday, shares of Boohoo fell to their lowest since July last year after the online fashion retailer warned supply chain disruptions would hit its margins.

The FTSE 100 has gained nearly 9% and the mid-cap FTSE 250 index 11% so far this year on support from re-opening optimism and easy central bank policies.

However, a rise in cost pressures due to supply chain disruptions and higher energy prices have weighed on UK’s economy, putting the mid-cap index on track to post its fourth consecutive week of declines, the worst losing streak since March 2020.

There is going to be some further economic recovery and some further gains in equity markets, but from now on, gains will be relatively small as the recovery pace in the United States and China is expected to slow, Palmas said.

Among other stocks, software company Sage fell 1.1% after it said it will cut more than 800 jobs across the world.