* President points to July or August for monetary easing

ISTANBUL, June 2 (Reuters) – President Tayyip Erdogan sent Turkey’s lira currency to new all-time lows on Wednesday after he called for interest rate cuts in the next two months and said he spoke to the central bank’s new governor about it.

The lira – by far the worst performer in emerging markets this year largely due to perceived political interference in policy – fell by some 4% in thin early trade to 8.88 versus the dollar before recouping some losses.

“I spoke to the central bank governor today – we certainly need to lower interest rates,” Erdogan said in a televised interview with state broadcaster TRT Haber late on Tuesday.

“For that, we need to see July, August for interest rates to start coming down,” he said, adding that lowering rates would lift the burden on investments and help along recovery from the coronavirus pandemic.

It has lost 16% since mid-March when Erdogan, a self-described “enemy of interest rates”, ousted a hawkish and well-respected central bank chief and installed a like-minded critic of tight policy.

New bank Governor Sahap Kavcioglu has since held the policy rate at 19% though analysts expect a cut in the third quarter. Still, inflation has risen above 17% and the currency depreciation adds price pressure via heavy imports.

Central bank leaders are set to hold calls with investors later on Wednesday to discuss policy and economic prospects.

“This late night intervention by Erdogan talking about rate cuts is clearly unhelpful for Kavcioglu heading into his investor calls,” said one foreign investor.

The currency has shed nearly half its value in three years and slid again last week on concerns over global inflation and an early election.

Turkey’s economy rebounded better than most others from the pandemic and should grow by about 5% this year.

“This fall in the lira means tighter financial conditions and weaker growth,” he said.

The central bank has policy meetings scheduled for July 14 and August 12. 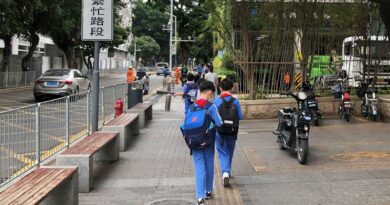