Avelo Airlines Chairman and CEO Andrew Levy on the decision to launch a new airline in the COVID era.

DALLAS (AP) — Southwest Airlines is the first major U.S. airline to report a profit since the pandemic started, as federal payroll aid helped boost the company to net income of $116 million in the first quarter.

Without the federal money, Southwest would have lost $1 billion in the quarter.

Southwest also echoed rivals in saying that demand for travel is continuing to improve. The airline said Thursday that bookings for leisure trips within the United States have been improving each week since mid-February.

"While the pandemic is not over, we believe the worst is behind us, in terms of the severity of the negative impact on travel demand," Chairman and CEO Gary Kelly said in a statement.

Southwest is benefitting more from the pickup in leisure travel because its biggest rivals — American, Delta and United — depend more on business travel and long-haul international flying, both of which remain deeply depressed.

Kelly also expressed gratitude for federal payroll aid — the airline industry has received $64 billion in cash and low-interest loans over the past 13 months to help cover labor costs.

Without Southwest's share of that aid and other temporary items, Southwest would have lost $1.72 per share. That result was still slightly better than Wall Street feared. The average estimate of 13 analysts surveyed by Zacks Investment Research was for a loss of $1.82 per share.

Southwest posted revenue of $2.05 billion, slightly above the analysts' prediction of $2.03 billion.

Shares of Dallas-based Southwest rose 2% in trading before Thursday's opening bell. At Wednesday's closing price, the shares had more than doubled in the past 12 months and gained 33% since the beginning of 2021, beating the 11% increase in the S&P 500 index. 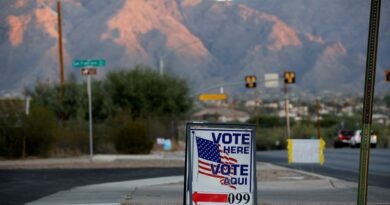