An industry super fund for electrical workers has been accused of wasting members’ savings on questionable sponsorship deals, lavish corporate events and overseas staff junkets one week after it was named by regulators as one of Australia’s worst performing operators.

The Energy Industries Superannuation Scheme (EISS), which was one of 13 funds to last week fail the Australian Prudential Regulatory Authority’s new annual performance test, has also been accused of fostering a ‘toxic’ corporate culture causing staff to resign. 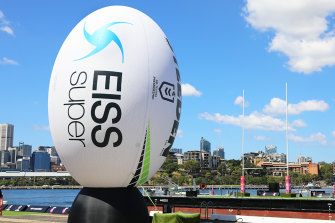 EISS, which manages $6 billion in retirement savings for 21,000 members, posted returns of negative 1.1 per cent last financial year, in contrast to the top 20 performing funds that returned an average of 18 per cent.

Seven former senior EISS employees who spoke to The Age and The Sydney Morning Herald claimed wastage had been prevalent at the fund for years. The former staff members spoke on the condition of anonymity because they were discussing sensitive information and feared retribution.

“It didn’t sit well with the majority of people,” one source said. “This is not our money.”

In mid-March 2019, one of EISS’s senior managers was sent via business class airfares to the US to attend a Harvard management program, which multiple sources said cost the fund at least $75,000. An EISS spokesman defended the spending on the trip. “The fund is committed to the professional development of our staff because it is in the best interests of members.”

EISS signed a three-year marketing deal with the NRL worth around $3 million in February, despite simultaneously negotiating a potential merger with another smaller fund, TWUSUPER, which would change the fund’s leadership and branding strategy.

“A $3 million spend for a small fund with $5 billion, is an enormous amount of money,” said one of the former staff members. “It’s very, very questionable.”

An EISS spokesman said the NRL deal allows for the name and branding of the sponsor to be changed in the event of a merger and the partnership was subject to “rigorous scrutiny” from the board.

“The NRL proposal was submitted to the board for its consideration and was reviewed and assessed by an independent expert consultant who advised EISS that it was a commercially beneficial deal placing the market value of the proposal from the NRL, well above what was contractually agreed,” the spokesman said.

At least three other current or former EISS partnership deals have ties to family members of senior employees at the fund, including the Ronald McDonald House, the Jack Newton Golf Classic and Sydney’s Bayside Women’s Shelter.

An EISS spokesman confirmed the sponsorship deals but pointed to a conflict management review by auditors KPMG and governance experts Hall Advisory from 2020 that found EISS’ expenses were compliant with APRA regulations. “These claims are spurious – the beneficiaries of these modest charitable sponsorships were women and children in crisis, seriously ill children and their families, diabetes sufferers and kids’ sports.”

The fund has not entered into new community partnerships since July this year, when government reforms imposed stricter tests for superannuation fund spending to be in members’ interests.

The super fund has also seen three human resources executives leave over the past four years and employed three general counsel between 2015 and 2020. Multiple sources say the fund’s staff churn rate is linked to problems with its corporate culture.

But EISS’s spokesman addressed the departures, saying that staff turnover was below industry standard and the average tenure of senior management was six years.

The former employees described EISS as a “dreadful place to work”, and a “toxic, toxic environment”. Former employees continue to meet regularly for what they refer to as “support groups” after feeling traumatised by the experience.

“I’ve been through a lot. I’d thought I’d seen and heard it all before I worked for this business,” said one former staff member.

This year, the fund launched a three-month investigation into allegations of workplace bullying after EISS general manager of people and culture Lisa Elias was seen “storming out” of a meeting room and saying she had been subjected to bullying by a senior manager, according to multiple sources.

Ms Elias was forced to take more than three months of personal leave while the fund hired external auditors WorkDynamic to conduct interviews with staff members about the bullying allegations. Ms Elias declined to comment.

An EISS spokesperson confirmed there had been another complaint against the same senior manager this year.

“The two complaints were fully investigated by qualified external workplace investigators commissioned,” the spokesman said, adding reports the allegations of workplace bullying could not be substantiated and did not raise issues with the fund’s corporate or workplace culture.

However, more than five former employees say WorkDynamic’s investigation was not conducted in good faith, describing it as a “sham” because many staff were not interviewed citing fear of intimidation or retribution. “That investigation was… a stitch up. They knew exactly what the outcome they wanted,” said one source.

EISS did not release WorkDynamic’s report.

APRA’s inaugural performance test measured fees and investment returns against a benchmark. Failed funds must now lift their game or face a ban on accepting new members, in an escalation of the regulator’s war on dud funds.

An EISS spokesman defended the fund’s recent returns, saying “all our investment options performed above the average super industry return compared to products with a similar allocation to growth assets and our overall defined benefit funding level increased to 111.4 per cent”.

Global stocks weighed down by virus angst, lack of stimulus