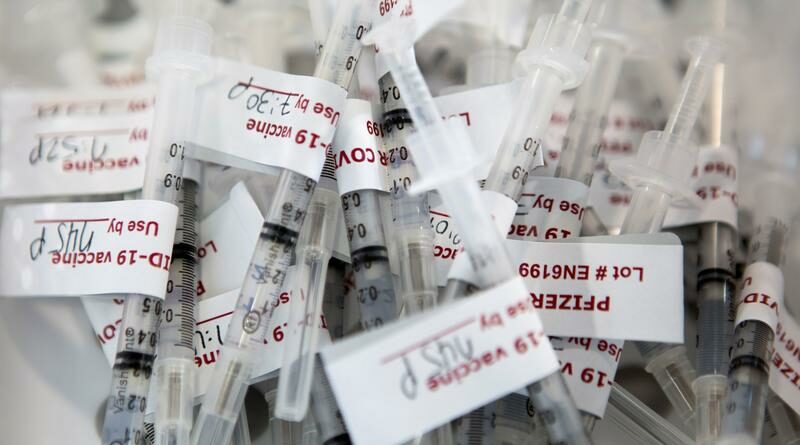 (Reuters) – Virginia has passed a law making it easier for some healthcare workers who become ill with COVID-19 to collect medical expenses or lost wages.

But there’s a catch: the law excludes healthcare workers who are offered a vaccine at work and refuse it.

The bill, retroactive to March 12, 2020, was signed into law by Governor Ralph Northam late on Wednesday, according to an aide to Chris Hurst, a member of the state House of Delegates who drafted the legislation.

The new law presumes that death or disability from COVID-19 for healthcare workers who have had contact with a known COVID positive patient is an occupational hazard, allowing them to collect workers compensation insurance benefits.

The bill allows potentially hundreds of workers to claim benefits they were previously denied because of the difficulty of proving where a worker was infected with COVID-19.

If, however, the employer offered a vaccine and a worker refused, the presumption does not apply. The bill contains an exception for people with a medical condition that puts them at risk from a vaccine.

Nearly one-third of Americans have received at least one shot to date. (Graphic: tmsnrt.rs/3tUM8ta)

Similar bills have been introduced in Illinois, Indiana and Maryland as states test ways to encourage vaccines without triggering a backlash over government mandates.

“It’s this cowardly way of trying to sort of implement a mandate through the backdoor that you know you probably couldn’t get away with through the body politic explicitly,” said Mike Duff, a professor at University of Wyoming College of Law.

Critics worry about tying a benefit to vaccines that have been approved only on an emergency basis.

Dr. Liz Mumper, a Virginia pediatrician, said: “Whenever there is risk to an individual, there must be choice.”

In the United States, the workers compensation system largely protects employers from lawsuits, while allowing workers to collect benefits for injuries without having to prove fault or negligence. The system was designed for factory accidents, not airborne illnesses.

Only 1% of healthcare workers in Virginia have been awarded COVID-19 workers compensation benefits, according to the Virginia Nurses Association.

Some legal experts and proponents of the Virginia bill say it is lawful for states to offer incentives to take the vaccine and that doing so will make the workplace safer.

“If you choose not to get the vaccine, you have to adopt some amount of personal risk,” Hurst said in an interview.

Attorneys who specialize in workers compensation said the vaccine requirement was similar to safety protocols such as hard hats, which must be followed for an injured worker to claim benefits. 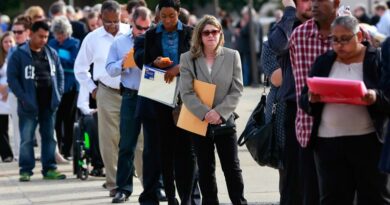