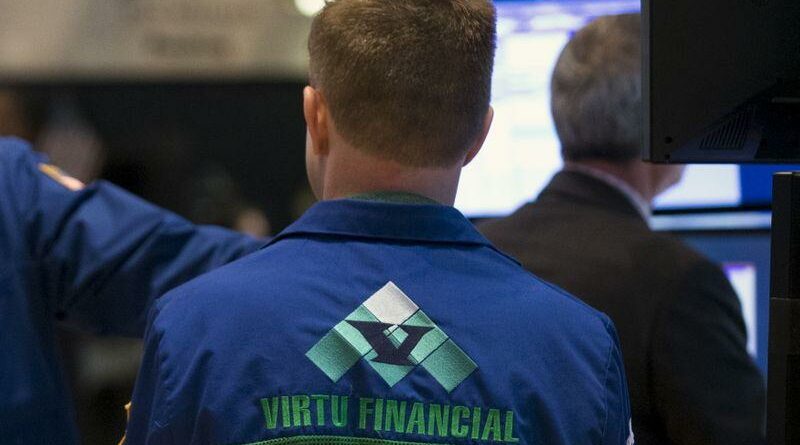 FILE PHOTO: A Specialist trader for Virtu Financial works at a booth on the floor of the New York Stock Exchange April 16, 2015. REUTERS/Brendan McDermid/File Photo

Stripping out one-time items, such as acquisition costs, Virtu earned $1.18 per share, well above the 82 cents expected by analysts, on average, IBES data from Refinitiv showed.

The beat was due to higher-than-expected revenues, especially in adjusted net trading income and in execution services for other firms, Daniel Fannon, an analyst at Jefferies, said in a note to clients.

Virtu is one of the world’s largest market makers for retail and institutional brokerages, offering to buy and sell equities, options, fixed income, currencies and commodities.

Retail participation in stock trading has exploded in the past year, helped by a recent move by large online brokerages to eliminate trading commissions, and the stay-at-home work environment during the pandemic.

Virtu said that during the current quarter, adjusted net trading income has been tracking similar to full-year 2020 levels.

The New York-based company also addressed the possibility of a trading tax that is being considered in its home state.

“The notion of a transaction tax in New York is, I’ll use the word foolish,” Chief Executive Officer Doug Cifu said on a call with analysts. “We would just leave the state of New York.”

The president of the New York Stock Exchange recently made similar comments.

US STOCKS-Wall Street closes out wild pandemic year with Dow, S&P at records