Home » What to watch today: Wall Street set to drop after strong start to May 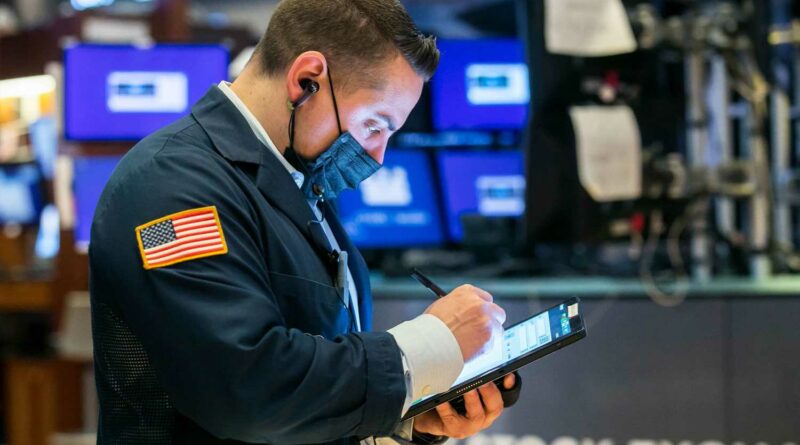 U.S. stock futures dropped Tuesday after a strong start to the month of May, fueled by a rally in shares tied to the economic reopening on relaxed Covid restrictions. The rally in these stocks came after New York Gov. Andrew Cuomo announced that most capacity restrictions will be lifted across the state. Twenty-four hour subway service is set to resume in New York City later this month. (CNBC)

* Forget earnings: Stocks have two big tailwinds pushing them higher (CNBC)
* Why investors should ignore the old Wall Street adage 'Sell in May' (CNBC)
* Fed's Barkin sees higher inflation this year, but then a reversal in 2022 (CNBC)

Pfizer (PFE) reported better-than-expected first-quarter earnings and revenue and said it plans to file at the end of this month for full U.S. approval of its Covid vaccine, which was developed in an alliance with German drugmaker BioNTech. If the FDA signs off, the companies will be able to market the two-shot regimen directly to consumers. (CNBC)

The New York Times, citing federal officials, reported Monday that the FDA is set to amend by early next week its existing emergency use authorization for the Pfizer vaccine to include adolescents ages 12-15. The vaccine has been cleared for people 16 and up.

CVS Health (CVS) on Tuesday reported a strong first quarter and raised its full-year forecast as customers came to its stores for Covid vaccinations, tests and prescriptions. The company has been a major provider of coronavirus vaccines and recently began offering same-day appointments for shots. (CNBC)

Epic Games argued on Day 1 of a landmark federal trial over Apple's App Store rules that the tech giant purposely locks in its customers. Epic, the company behind Fortnite, wants to force Apple (AAPL) to allow the video game maker to use its own payment processor and bypass Apple's customary 30% fee on in-app transactions. The trial is expected to last three weeks. (CNBC)

Bill Gates, co-founder of Microsoft, and his wife, Melinda French Gates, said on Twitter they will split up after 27 years. The two also said Monday they will keep working together on philanthropic efforts, which have addressed education, gender equality and health care. (CNBC)

The Gates' relationship struggled over the past several years, two people close to them told The New York Times. Bill Gates decided to step down from the boards of Microsoft and Berkshire Hathaway, in part, so he could spend more time with his family, these people also told the Times.

An elevated section of the Mexico City metro collapsed and sent a subway car plunging toward a busy boulevard late Monday, killing at least 23 people and injuring about 70, city officials said. Rescuers initially searched a car left dangling from the overpass for anyone who might be trapped. (AP)

Foreign ministers from the Group of Seven developed nations are set to meet in London on Tuesday to discuss the most pressing geopolitical challenges facing the world, including Russia and China. The U.K. is hosting G-7 ministers in the first face-to-face meetings since the coronavirus pandemic began. (CNBC)

Vaxart (VXRT) surged 18.6% in premarket trading after it reported positive results in a phase 1 trial of its oral Covid-19 vaccine. Vaxart said the vaccine could be just as effective as the injected vaccines developed by Pfizer and Moderna (MRNA).

Qiagen (QGEN) reported better-than-expected earnings and sales for its latest quarter, as the genetic testing company saw increasing demand for non-coronavirus products as well as strength in its Covid-19 testing business.

Under Armour (UAA) shares climbed 2.8% in premarket action after it reported first-quarter profit of 16 cents per share, well above the 3 cents a share consensus estimate. Revenue also topped analysts' forecasts and Under Armour raised its full-year outlook as reopening markets spur demand for shoes and apparel. Separately, Under Armour agreed to pay $9 million to settle a SEC probe into its accounting.

iRobot (IRBT) earned 41 cents per share during the first quarter, compared to a consensus estimate of 9 cents a share. The maker of the Roomba robotic vacuum's revenue exceeded estimates as well, however the stock tumbled 8.6% in the premarket on concerns about shipping and component costs.

Avis Budget (CAR)lost 46 cents per share for the first quarter, smaller than the loss of $2.16 a share predicted by analysts. The car rental company's revenue beat Wall Street forecasts as well amid a jump in demand and more solid pricing for car rentals. The stock fell 1.4% in premarket action despite the upbeat results.

SmileDirectClub (SDC) said its current-quarter sales will be hurt by an April cyberattack, costing it between $10 million and $15 million. The maker of teeth-straightening systems said it successfully blocked the attack and restored its systems to normal. The stock lost 9.2% in the premarket. (Disclosure: NBC Nightly News investigated SmileDirectClub's customer complaints in February. The company accused NBCUniversal of publishing false information about the company and is seeking $2.85 billion for defamation.)

Domtar (UFS) shares soared 16.1% in premarket action following a Bloomberg report that said Canada's Paper Excellence is exploring a deal to buy its U.S.-based paper and packaging rival. A deal could value Domtar in the mid-$50 per share range, compared to Monday's close of $40.52 a share.

May the Fourth be with you, the play on the tag line, "may the force be with you," from "Star Wars" makes today a major holiday for fans of the movies. Nerds and casual viewers alike will be hitting Disney+ and breaking out their tapes, DVDs and Blu-rays to rewatch all 11 "Star Wars" films. Here's the USA Today's ranking of the movies.

In Some States 15% of the Population Collects Social Security